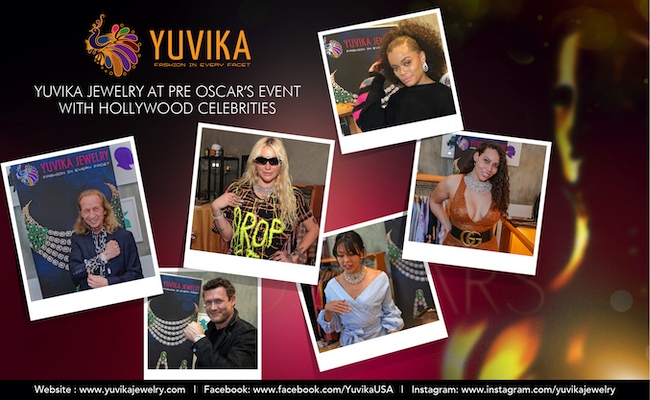 The 93rd Academy Awards on Sunday April 25th had several changes in place due to the ongoing coronavirus pandemic. However, some things never change, like the lavish gifting of Hollywood celebrities during awards season.

The stars charmed by Yuvika Jewelry’s stunning pieces include:

Esther Moon – Actress and Producer of the film Minari which got  6 Oscar 2021 nominations and features the winner of Best supporting actress.

Viola Davis – Actress and producer. Nominee Best Actress for Oscars 2021 and Winner – Oscars Award, a Primetime Emmy Award, and two Tony Awards, She is one of the few artists to win the Triple Crown of Acting.

Singers Tori Kelly – 2019 Grammy award winner and Kesha (Kesha Sebert) – Grammy Nominee were among the other celebrities at the event.