What Celebrities Were In The Nxivm Sex Cult From Hbo’s ‘the Vow?’ – We Got This Covered 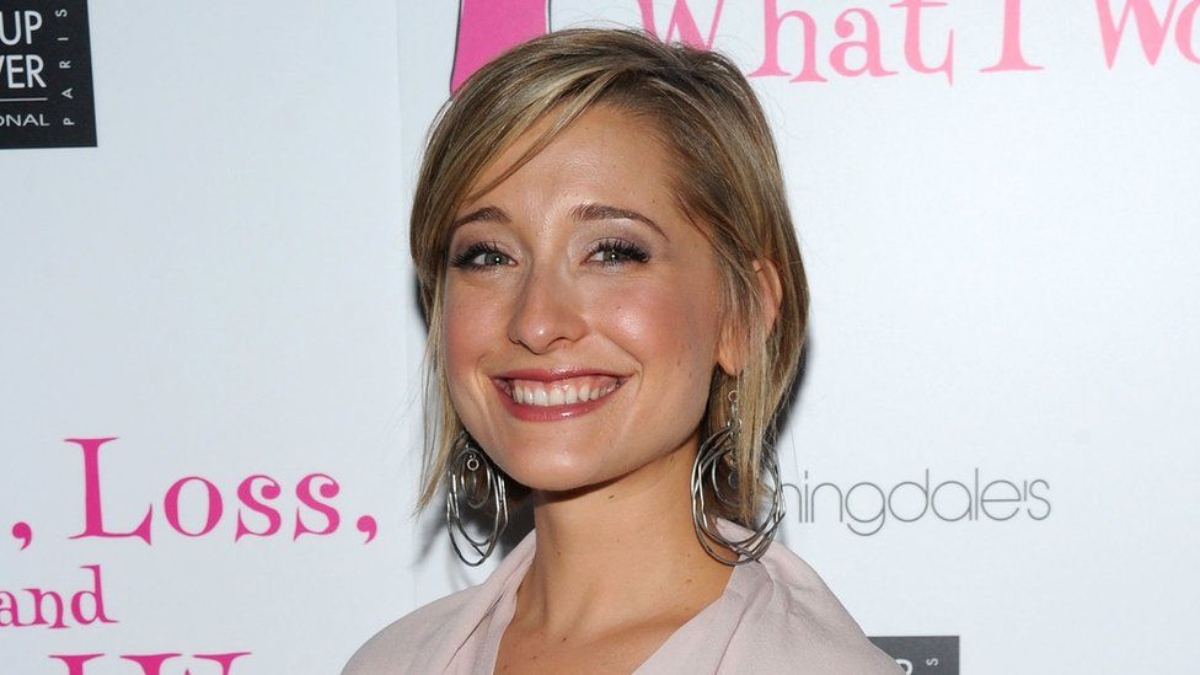 It was a scandal ripped right from the headlines (and tabloids.) The story of the NXIVM cult has it all: Intrigue, money, sex, betrayal, and celebrities. The hit HBO series The Vow explores the dark inner workings of this well-bred cult and its leaders and with the show’s second season being released, it has all eyes on NXIVM. While the cult’s inner mission may seem too shocking to be believed, it actually managed to wrangle some very big names into its ranks.

For many members, one of the biggest draws around the NXIVM cult were all the high-profile celebrities associated with it. Initially, the group preached self-improvement, community, and a sense of connection. Gradually, though, it became the actualization of a dark reality formed in founder Keith Raniere’s fantasy. Yet somehow the cult managed to draw in some big-money players who not only helped support it financially but also helped bring in new members and proliferate its dark mission. Here are some of its elite members.

Actress Allison Mack was one of the most well-known and active members of the group. The perky actress found her claim to fame through the hit show Smallville, where viewers fell in love with the young girl’s bubbly nature and innocent demeanor. She appeared to be the all-American girl, with short blonde hair, big innocent blue eyes, and a completely unassuming character. That was why when the truth behind the NXIVM cult came to light, fans were shocked. Not only was it revealed that she was a member, but she turned out to be a leader who had participated in some very unsavory acts.

Soon, as more and more defectors came forward, the true inner workings of the cult came to light. NXIVM was accused of coercing women to become founder Raniere’s sex slaves. Women were forced into starvation diets to meet his impossible standards and were even branded with his and Allison Mack’s initials. It was alleged women were forced to perform sexual activities at Raniere’s discretion and were punished if they refused him. The cult had a culture of “masters” and “slaves”, with masters who served as leaders in teaching the others the dark ways of the cult including doling out cruel punishments for disobedience. Shockingly, bubbly little Allison Mack was revealed as one of the “masters.” Mack pled guilty to “racketeering conspiracy” charges during the court case following these accusations.

Yet, as shocking as the information revealed about Mack was, she was not the only high-profile celeb taken down or associated with the wreckage of the cult.

Allison Mack’s Smallville costar Kristin Kreuk was also associated with NXIVM at one time. Kreuk played the character Lana Lang in the hit show and was at one time friends with her costar Mack. When the scandal came to light, she took to Twitter to clear her name, claiming she had only taken a few self-help seminars through NXIVM but had not been part of it for many years and had never been part of the inner circle. She also denied seeing or being part of any “illegal or nefarious activity.”

Actress Sarah Edmondson is best known for her starring role in Stargate SG-1 and was a devotee of the cult from 2005 until 2017. Edmondson was about as deep in as it gets, bringing in over 2,000 new members to NXIVM and even starting her own branch in Vancouver. She was also inducted into the innermost circle called “D.O.S.” an acronym for “Dominant Over Submissive.”

D.O.S. was the department responsible for the branding, and she herself received one. In order to join the group, Edmondson revealed the women involved had to hand over discriminating “collateral” of themselves which could include illicit photos, videos, etc. This collateral was in place to ensure loyalty and obedience, under the threat of being exposed. Edmondson is very vocal in The Vow as she regrets her actions and laments her involvement with the group and her recruitment of others.

Bonnie Piesse is known for her role as Beru Lars in Star Wars: Episode II, and even has her very own action figure. She and her partner Mark Vincente were associated with NXIVM for many years with Vincente even serving on the Board of Directors. Bonnie left in 2017 with Vincente following as the couple began trying to put their lives back together. Both were very active in bringing Raniere to justice and their story is told through The Vow.

The couple revealed some of the dark inner workings of the organization, including Piesse being forced to sleep on the floor for several days to serve as “penance” to her husband for some supposed offense against him. She revealed there were also discussions about her weight and odd “tests” she was asked to perform such as licking a puddle.

Vincente discussed the male experience of the group in the S.O.P. or the “Society Of Protectors”, which ended up encouraging men to be just the opposite. It seems that while Raniere’s motives were clearly insidious, nowhere were his wounds and personal agenda more present than in his view of women and how the men in the group should interact with them.

Clare Bronfman — the Seagram’s empire heiress — was also revealed to be in very close cahoots with the cult and was named as a top executive in the court case against NXIVM. While she did plead guilty, she denied involvement in D.O.S. and claimed she mainly acted as “legal enforcement” for the group. She pled guilty to “conspiracy to conceal and harbor illegal aliens for financial gain” and “fraudulent use of identification.”

The heiress and her sister Sara — who was also involved in the group— are worth a cool $500 million and allegedly donated a large amount to Keith Raniere and his group including a $69 million loan.

Nicki Clyne is another actress, well-known for her role in Battlestar Galactica. She and Allison Mack were actually married at one time — which came out during the trial — and were both well-known for their association with the NXIVM cult before its true reputation was revealed. Clyne was so involved in fact, that she stayed on as a member for over 10 years and even quit her job to join Raniere full-time. She was a member of D.O.S. and the innermost circles of the group.

Clyne was not part of the indictment against the cult for criminal activity – although many wondered how that was possible due to her close connections and long-time association with the cult and its leaders. She remains in support of the group and Rainere according to recent episodes of The Vow.

Catherine Oxenberg is a well-known actress from her Dynasty days and her mother – Princess Elizabeth of Yugoslavia. Catherine had heard of NXIVM through a friend who had introduced her to it as a women’s empowerment and leadership organization. Catherine had decided to check out a seminar with her teenage daughter, India. While Catherine herself had not been especially impressed, her daughter had been. So much so that she continued going even after Catherine had lost interest. India then dove head-first into the organization and its bizarre practices. Catherine grew concerned and before long she knew her daughter was in real trouble. She joined forces with former members of the group and The Vow team and her tireless efforts were critical in exposing Raniere.

Catherine was eventually able to pull her daughter away from the cult but the details of her and her daughter’s ordeal are unreal. The story is covered in two hit productions, Seduced: Inside the NXIVM Cult as well as Escaping The NXIVM Cult: A Mother’s Fight To Save Her Daughter. Catherine also wrote a hit book on the story, Captive: A Mother’s Crusade to Save Her Daughter From a Terrifying Cult, in hopes that others could be helped by she and her daughter’s ordeal.

Grace Park is well-known for her starring role in Battle Star Galactica and Hawaii Five-O. Her exact involvement with NXIVM is unclear although she appeared in several promotional videos for the group and was in attendance at least one of the cult’s weddings. Park only revealed that she had limited involvement with the group and claimed to have no knowledge of the dark underbelly of the organization.

Watching The Vow and hearing the stories of the women and men who were involved with NXIVM is disturbing, to say the least. However, the most disturbing piece of the story is how the cult was able to involve so many well-known names and garner so much star-studded support.