Khabib Nurmagomedov’s exemplary MMA career suggests that he barely repeats his mistakes. Now that the retired UFC superstar has hung up his gloves, he is still living by the same mantra.

Burak Özdemir, a world-famous chef who owns the Hatay Civilizations Table restaurant chain, recently met Nurmagomedov at one of his restaurants. He tried pulling a prank on the Dagestani but Khabib was well prepared for it.

You can watch the video below:

Khabib Nurmagomedov and Burak Özdemir have met each other on a number of occasions. In their previous meeting, the 27-year-old had successfully tricked the former UFC fighter. 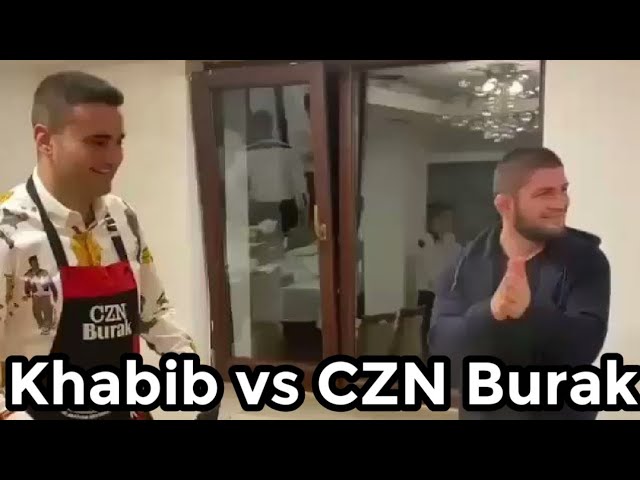 Özdemir is best known for making viral videos on his Instagram and TikTok. He has a massive fan following on numerous social media platforms, thanks to his entertaining maneuvers.

The Turkish chef shot to fame after videos of him prepping large meals while looking straight into the camera went viral on the internet. On Instagram, Özdemir has garnered more than 22 million followers.

What is Khabib Nurmagomedov doing in retirement?

Khabib Nurmagomedov announced his retirement from the sport after defeating Justin Gaethje at UFC 254. Dana White tried pursuing ‘The Eagle’ to resume his career – for months – but Nurmagomedov stayed firm with his decision.

In March this year, the UFC president confirmed that he has shut the door on Nurmagomedov’s potential return.

The 32-year-old has also shifted his attention to operating Eagle Fighting Championship (EFC), the MMA promotion that he acquired in December last year. Nurmagomedov has said that EFC will sign former UFC stars Adriano Martins and Will Brooks to popularize the promotion.

“We are currently negotiating with two fighters. They are Adriano Martins and Will Brooks. We also consider some light heavyweights and heavyweights. We keep working and searching. Don’t forget, we’re just half a year old,” said Nurmagomedov.

Please spend 30 seconds to answer this survey so that we can better understand how to serve your MMA needs.