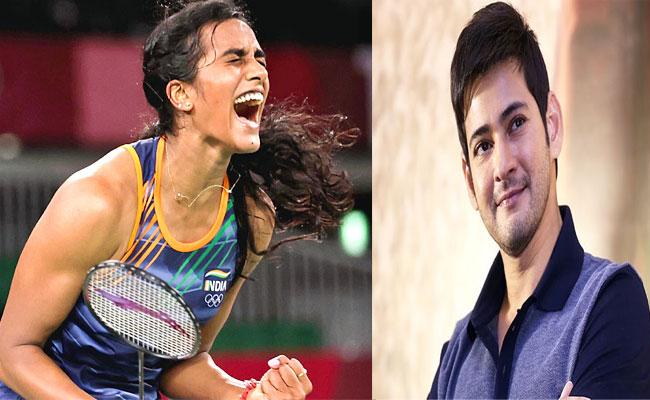 It is a proud day for India as PV Sindhu on Sunday won bronze medal in badminton at the Tokyo Olympics. While congratulations have poured in from all parts of the country, in her hometown Hyderabad, people are beaming with pride. Tollywood celebrities from Hyderabad didn’t hold back from expressing their joy.

With her win on Sunday, Sindhu becomes the first Indian woman to win two Olympic medals consecutively. She had won silver at the 2016 Rio Olympics.

Telugu actress Lakshmi Manchu told IANS: “I am so happy to be alive to witness such greatness in sports by women in this Olympics. She has set a benchmark for all girls in India. I am proud to say that my daughter looks up to her and we need more role models like her. She has not just made our country proud but the whole world proud. “

Actress Pragya Jaiswal, who will be seen in Telugu film “Akhanda” said: “PV Sindhu is an inspiration to every girl in this country… Two Olympic medals back to back only goes to show that nothing is impossible if you dare to dream… Thank you for showing how it’s done and for making India so so proud.”

Hyderabad-based producer Sharath Chandra, whose co-production “Major” will soon release, said: “After what Sindhu did, I really hope the one sports class per week in schools will be made one a day and sports is given the respect it deserves in our education system.”

Actor Chiranjeevi tweeted: “Congrats @Pvsindhu1 on winning the medal & creating history for being the first Indian woman to bring an Olympic medal twice in a row.Delighted that both medals won so far are by Indian women! No stopping our Women Power!! You make India proud!#MirabaiChanu @Pvsindhu1 #Tokyo2020”

Actor Mahesh Babu tweeted: “Yet another historic win.. by one of India’s best!! Congratulations on winning the bronze @Pvsindhu1! Immensely happy and proud! #Tokyo2020”

Actor Varun Tej wrote: “Congrats @Pvsindhu1 on the win at #TokyoOlympics You made the country proud once again!”