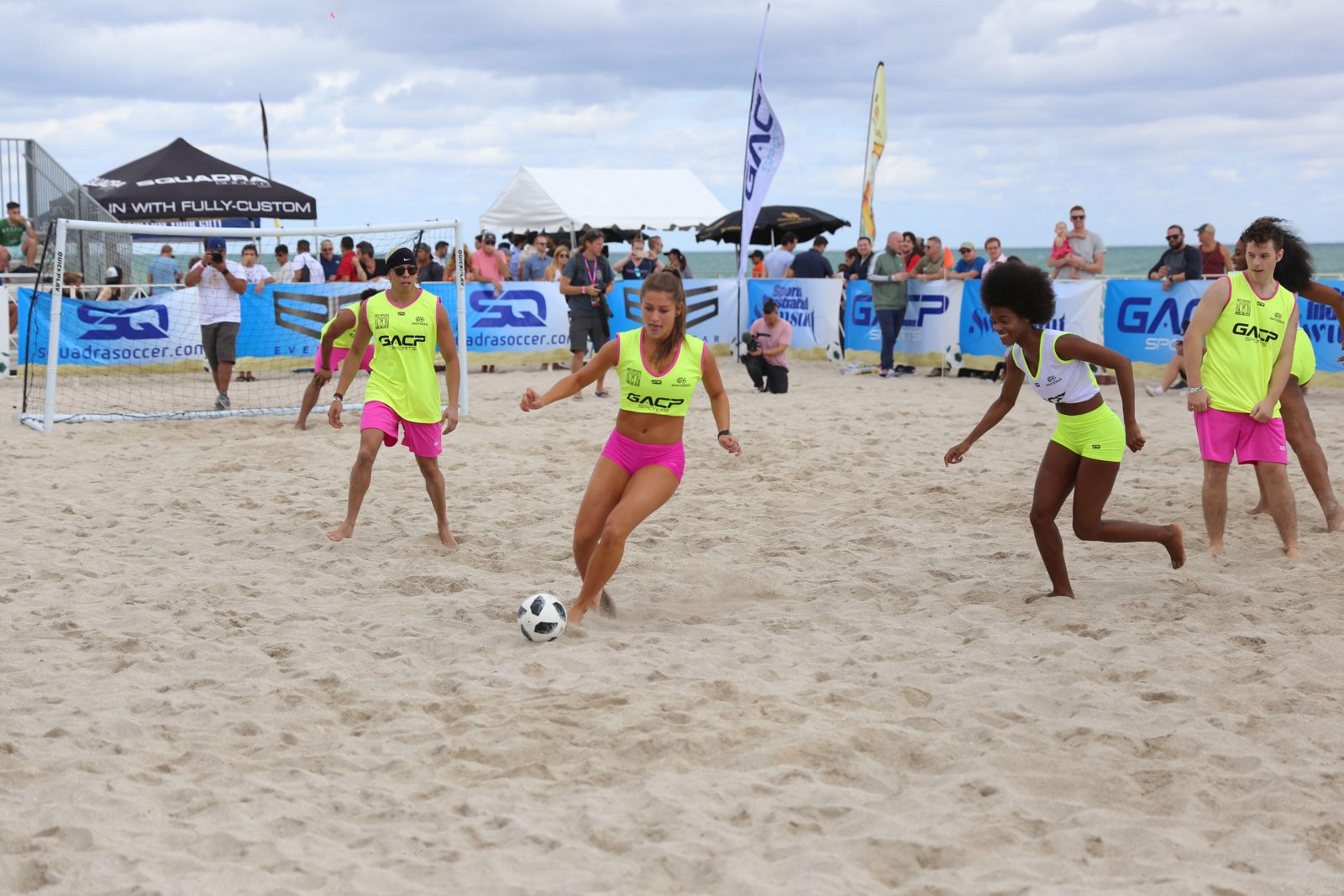 Soccer and philanthropy are set to join forces on Saturday, November 20th, with the third annual Celebrity Soccer Match presented by SWAPP Protocol. The Celebrity Soccer Match returns after its one-year hiatus due to the COVID-19 pandemic. The match will feature celebrities including Jorge Masvidal, Rashad Jennings, Miss Universe contestants as well as Sports Illustrated models, Kristen Louelle Gaffney and Mara Martin, as well as World Series baseball player Brayan Villarreal, among others.

This year’s star-studded fundraising event proudly supports the Miami Beach Education Foundation. The last two events have raised a combined $300,000 for organizations that promise inclusion for children and adults with disabilities. Celebrity Soccer Match was founded by Julianna Strout, a North Bay Village Commissioner and Miss America contestant who has dedicated her time and resources over the last decade to raising awareness and organizing events that promote inclusion in sports.

“When I began my election campaign as Commissioner in 2018, I learned that there were a lot of mothers with children with disabilities, both physical and mental, who were struggling to find resources and finances to cover all the required therapy for their children,” said Strout. “At the time, I had solely been working with Best Buddies, and found out that there were a multitude of organizations that provided the support these mothers were looking for. However, no one really knew the ones that were available to these families. Through this event of inclusion through sports and social responsibility through sports, we could bring them all together.”

Best Buddies is the world’s largest organization dedicated to ending the social, physical, and economic isolation of the 200 million people with intellectual and developmental disabilities (IDD).

Thousands of guests will be welcomed to the star-studded event, including sports fans, socialites, industry professionals, notable philanthropists and city officials, all of whom will have the common goal of raising funds for the Miami Beach Education Foundation. Celebrity Soccer Match will feature seven-on-seven friendly games inclusive of youth and adults with disabilities, as well as professional athletes and celebrities. Guests will be able to enjoy a VIP lounge with Anheuser Busch and Moet Hennessey and brand activations from Miami FC and Ocean Auto Club. Previous participants of this event included Kate Upton, Jason Lewis, Olivia Culpo, Santana Moss, Rashad Jennings and more.

To emphasize the impact this match has on the community, Strout explained some of the key consequences she has witnessed as a result of previous Celebrity Soccer matches. “Some of the Sports Illustrated models went back home to California and hooked up with Best Buddies, themselves or began mentoring programs on their own in their own hometowns. So, the event had this ripple effect where the models decided to take option on their own volition.

“Additionally, you see first-hand that parenthood is not always sunshine and Santa Clause. It makes you wonder, ‘Okay, when I decide to become a parent, what resources would I want available to me if this where my child?’ It really opens your eyes when you agree to get involved with this cause. I have so much empathy and respect for those families and everything they have gone through. That’s why I think it’s so important to be kind to people because you never really know what they’re dealing with at home.” 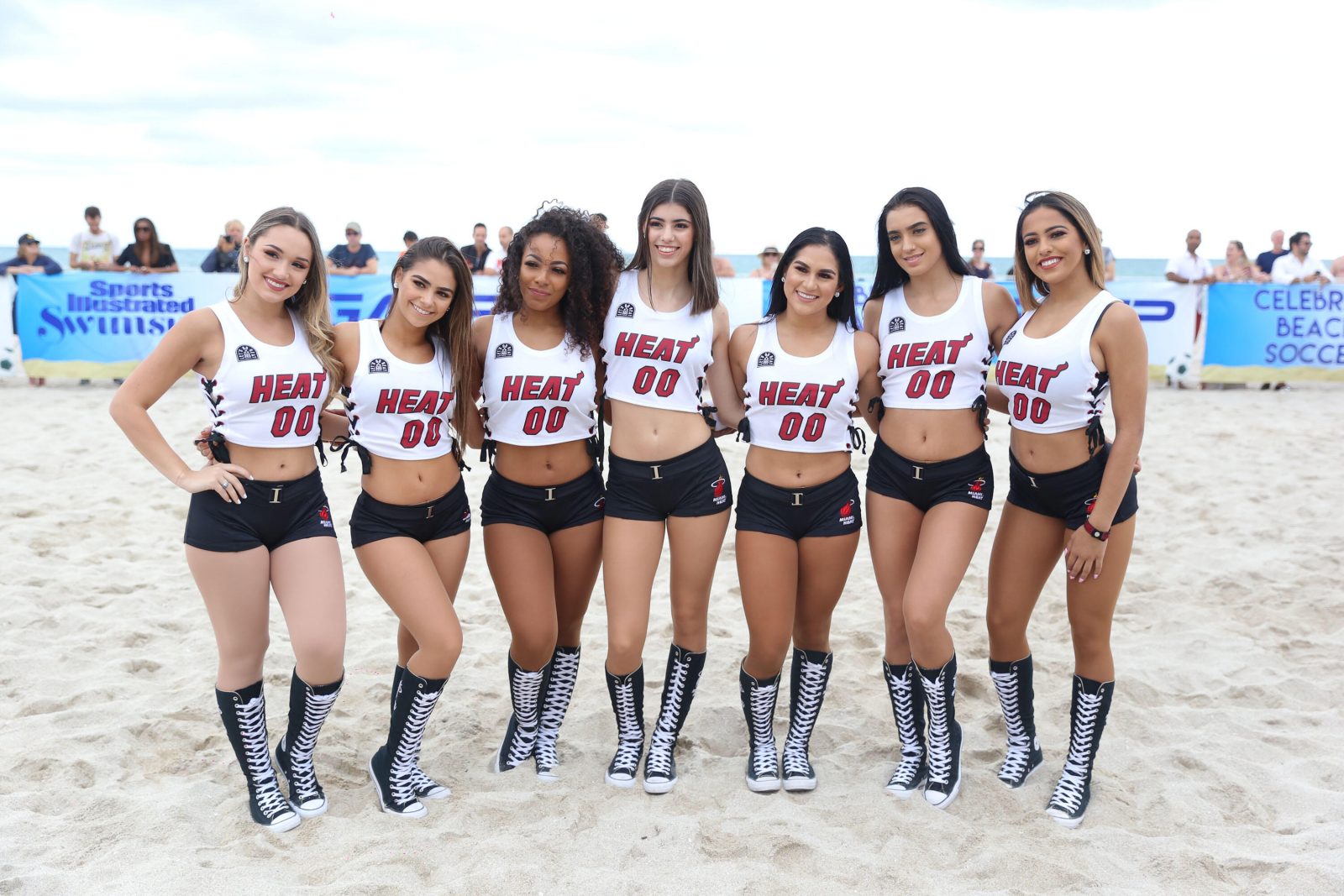 The matches will take place on November 20, 2021, beachside between 12pm and 4pm at the North Beach Bandshell sand-bowl at 7275 Collins Avenue in Miami Beach, FL. General admission is free and open to the public. VIP lounge tickets are available for $250. All-access passes for ten tickets are available for $6,500. Tickets can be purchased HERE. Be sure to follow @celebritysoccer on Instagram.

As for future Celebrity Soccer Matches, Strout has her sights on moving onward and upward. “Well, we’re hoping that Miami will be part of the 2026 FIFA World Cup, and if that comes to pass, we would love to be part of that program.”

The 2021 Celebrity Soccer Match is in partnership with title sponsor, SWAPP Protocol, CONCACAF (The Confederation of North, Central American and Caribbean Association of Football), among many others.

For more information about the philanthropic event, CLICK HERE. 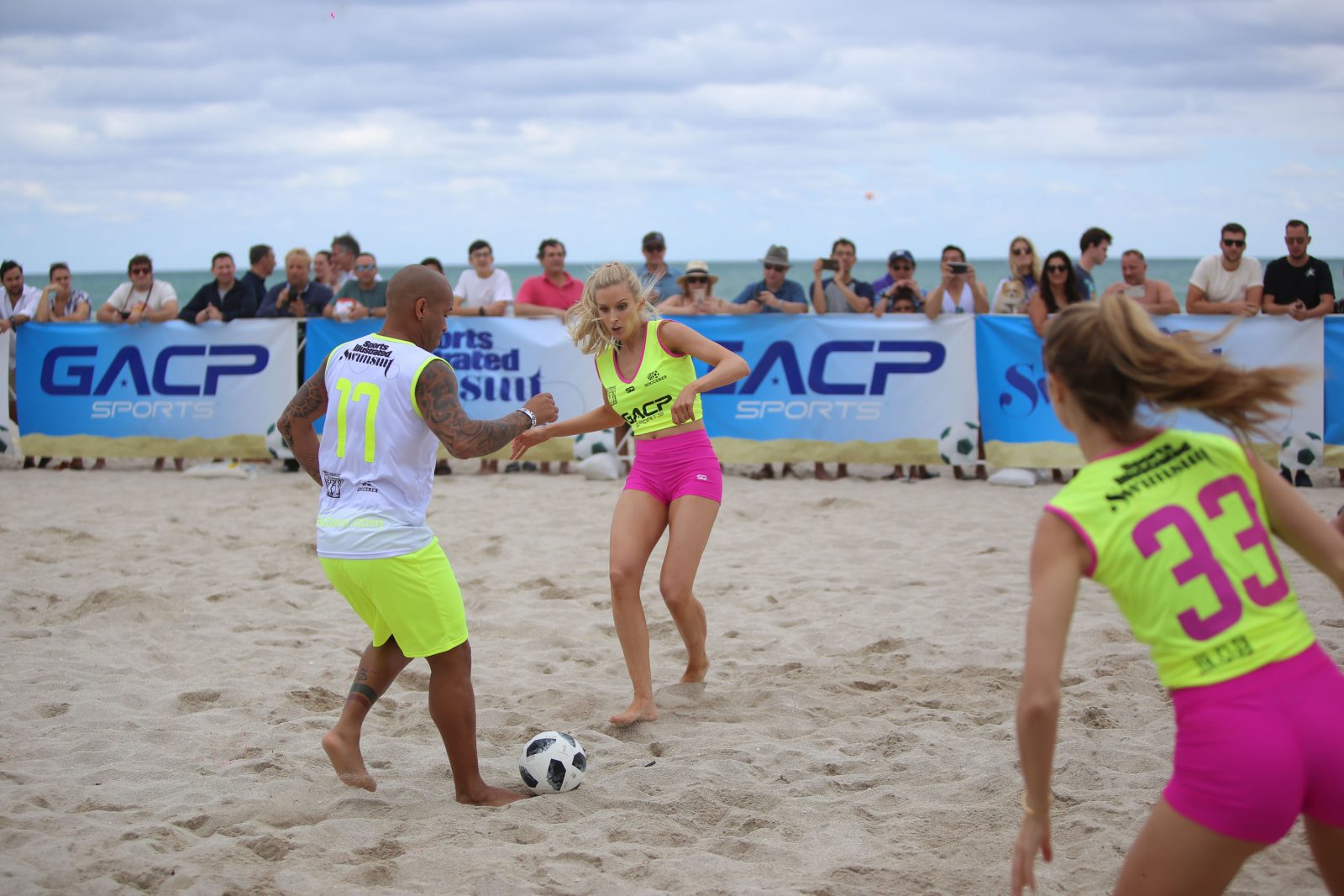 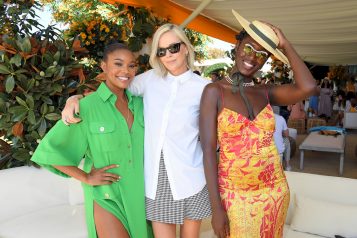 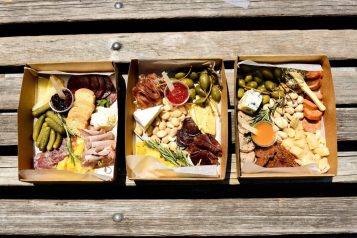