– The Savagery of CelebritiesTHISDAYLIVE – THISDAY Newspapers 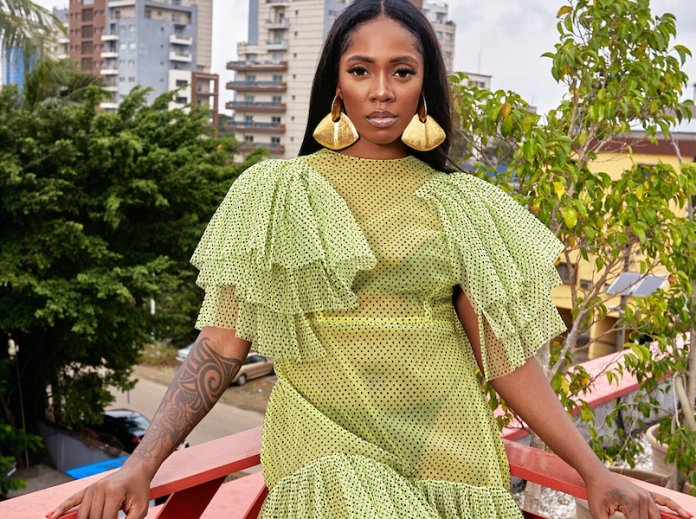 A-list Nigerian artiste, Tiwa Savage, recently sleepwalked into a social media storm when a video of her presumably making out with her lover got out days after she had raised the alarm that someone was trying to blackmail her with the same video.

· The video set off a social media firestorm. While some celebrities and fans queued behind Savage, offering words of support as well as advice, others have sharply criticized her, faulting her lack of proper judgment and generally, her distasteful negligence.

· Nigeria is a star-stuck country with music icons, movie stars, athletes, models, world renowned writers, etc., all pooling large local following. Thus, when any of these celebrities get in the news, Nigerians are easily whipped into a frenzy of excitement. The large following that these celebrities garner is not just on paper. It usually translates to millions in income raked in by the celebrities through the patronage of adoring fans and endorsements, local and international, targeted at the fanbase.

· These celebrities are genuinely loved and tremendously influential. The musicians among them for example are widely popular with Nigeria`s impressionable young people. Thus, the clothes they wear, the language they weave into their songs, and the lifestyles they endorse are instant hits. They shape popular culture and a lot of young Nigerians desire to be like them.

· The adulation is real and heartwarming. The downside of celebrity is that the minutest details of life of the celebrity are cast under the microscope of painstaking public scrutiny. It is in this wise that a lot of Nigerian celebrities come up short, expecting to lap up the mammoth adulation and privilege that comes with enjoying cult-hero status among millions while paying disdainful disregard for the responsibility that comes with at least providing moments of moral clarity for their teeming followers.

· Another Nigerian celebrity, Tonto Dike, has been recently trending over a messy breakup with her ex-lover. Wild allegations have flown freely between the camps of both parties bringing to the fore once again the mess Nigerians have to keep up with when they unavoidably tune into the public space.

· As Nigeria continues to bear witness to a gradual desecration of her dearest values, the list of those who must be held responsible continues to grow.

· In the political space, there is an ever-growing coterie of charlatans who count Nigerian politicians as some of their most prestigious members. Armed with avarice wider than the confluence of Rivers Niger and Benue, they play politics with as much savagery as they can summon. For them, it is about the opportunities that are available to line their private pockets. They rig elections, twist the law, manipulate the system and muddle up the polity until there is nothing left but ghosts and shadows.

· In the social space, there is the comedy of celebrities who preen and prance with embarrassingly little to give back to Nigerians other than immorality, indiscretion, immodesty and imprudence. They put out toxic messages, successfully corrupt Nigeria`s youngest minds while making jaw-dropping amounts out of the patronage of Nigerians who continue to slide into austerity.

· In Nigeria, there is a haunting famine of good examples. Instead, an abundant harvest comes from vices which fasten themselves easily and proliferate effortlessly.

· Being a Nigerian these days is a most difficult task. No one should make it more difficult for Nigerians. Not least those who feed off the adulation of Nigerians.