The pros and cons of celebrities interviewing political candidates – Rappler

MANILA, Philippines – On Tuesday evening, January 25, celebrity talk show host Boy Abunda held a one-on-one interview with dictator’s son and presidential aspirant Bongbong Marcos – part of a series of interviews with other candidates Abunda had scheduled throughout that week.

The episode was noteworthy given that Marcos had declined to attend the previous week’s GMA interview between journalist Jessica Soho and these same candidates.

In a statement, Marcos’ camp claimed that Soho was “biased against the Marcoses,” and was therefore not worth meeting with.

“We believe her questions will just focus on negativity about BBM, which the UniTeam dislike[s] and will not subscribe [to],” they said.

In the Abunda interview, Marcos was asked mainly about his political stances, from mining, to the COVID-19 response, to illegal drugs, to the West Philippine Sea. Abunda also asked Marcos one question on whether he believed in Amnesty International’s data on the human rights violations that had occurred during his father Ferdinand Marcos’ regime.

Abunda isn’t the first showbiz personality to interview political candidates, and showbiz interviewers each have their own style and angles. In 2021, actress Toni Gonzaga interviewed Marcos, as well as, Vice President Leni Robredo for her Youtube talk show, while entertainment writer and host Aster Amoyo, who also has a Youtube talk show, had Marcos and his wife Liza Araneta-Marcos as guests. In 2016, actress-host (and presidential daughter/sister) Kris Aquino interviewed Robredo when the latter was still running for veep – and actually also interviewed Marcos all the way back in 1995.

The question, however, remains: should celebrities or showbiz personalities be interviewing political candidates in general? Given that governance and affairs of state are vastly different from gossip and entertainment, could something get lost in translation? Or could someone outside of politics infiltrating this world actually be an advantage?

We asked Rappler readers how they felt about this, and here are some pros and cons gleaned from their answers.

Like it or not, social media-loving Filipinos are slaves to the algorithm. Celebrities are arguably more focused on amassing followers and clout compared to serious journalists, so their interviews have a greater chance of getting a lot of eyeballs without much effort. This is good in that more people, especially those who don’t really follow the news religiously, will be exposed to the candidates – and to the electoral process in general. The more participants in the democratic process, the better.

Celebrities are first and foremost entertainers. That’s what they’re trained to do; it’s what they’re good at. There’s a chance, then, that their interviews would default to exaggerating the saucier, more provocative facets of candidates in the name of entertaining the audience, and downplaying more relevant but “less entertaining” aspects such as their platforms and advocacies. Candidates could end up depicted as caricatures of themselves, and voters may have a distorted idea of who they’re voting for.

Being entertainers, however, does have its advantages. Hand in hand with their reach and popularity is their knack for showing the more human, more relatable side of candidates (provided it’s not exaggerated). Seeing candidates outside of politics – as people with personal lives, pop culture preferences, a sense of humor – can still say something about who they can be as leaders. After all, we’re not voting for robots or gods; they are multi-layered, flawed, and have concerns outside of their jobs.

Con: Lack of expertise and technique

Showbiz interviewers may arm themselves to the teeth with research and hard questions, but at the end of the day, talking to political candidates is not what they do on the regular. Hard news journalists, however, have for years honed their skills in probing people on complex, consequential issues – especially when those they are interviewing tend to evade tough or incriminating questions. Experience is the best teacher, and as sincere and determined as celebrities may be to provide substantial interviews with politicians, can they be as good at ferreting out the truth as hardboiled reporters? 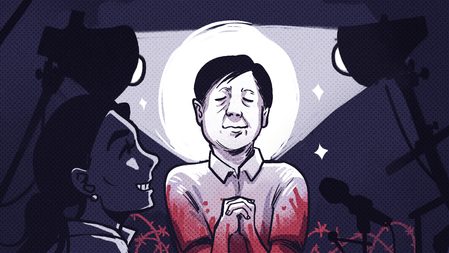 Pro: Can ask the right questions

Some would argue, however, that as long as the right question is asked, and the onus is on the candidate to answer it, that’s all that matters. Good questions, after all, are not the sole property of journalists; anyone can create valuable discourse, and while it may not be as polished or exacting as an interview by a veteran, a lot can already be taken away from how the candidate responds, period. It’s possible as well that outsiders could come up with new perspectives on an issue, since they may see it with fresher eyes or from a different context.

Con: Not used to impartiality

Impartiality, objectivity, a bias towards the truth – a key requirement for being a good journalist is the ability to treat all subjects fairly and critically. Unfortunately, the entertainment world is far more attuned to buttering up its subjects, serving as public relations almost. A big chunk of showbiz, after all, involves the promotion of artists’ projects, and this hype culture could very well inform how a celebrity interviewer does a piece with a candidate. Journalists worth their salt aren’t concerned about being liked by their subjects, either. Could a showbiz reporter be that open to losing connections?

With the national elections coming up in May, learning more about who the candidates are and what they stand for grows increasingly important. The medium through which we learn about them should also be considered, especially in a time of rampant disinformation. It would be easy to dismiss the showbiz world as part of what muddies the waters, but is that too harsh a judgment, or is it justified? Like many things leading up to the new administration, it’s ultimately up to us to decide. – Rappler.com