Snapped: Celebrities spotted in Dubai this week – What’s On

From top fashion designers to singers, the city is once again glittering with that A-list fairy dust…

Dubai is no stranger to a celebrity or two, but with the past year or so’s travel restrictions, we haven’t seen as much of them as we used to. Until now, that is. It’s been a busy week for celebrity spotting in the city, which has been visited by everyone from world-famous singers to top fashion designers, footballers and British TV stars.

Here are the celebrities spotted in Dubai this week…

Coldplay singer Chris Martin was in Dubai to perform at the after-party of Italian fashion designer Giorgio Armani’s ‘One Night Only’ fashion show. According to The National, Martin ‘joked that this was probably the best-dressed audience in the world’. 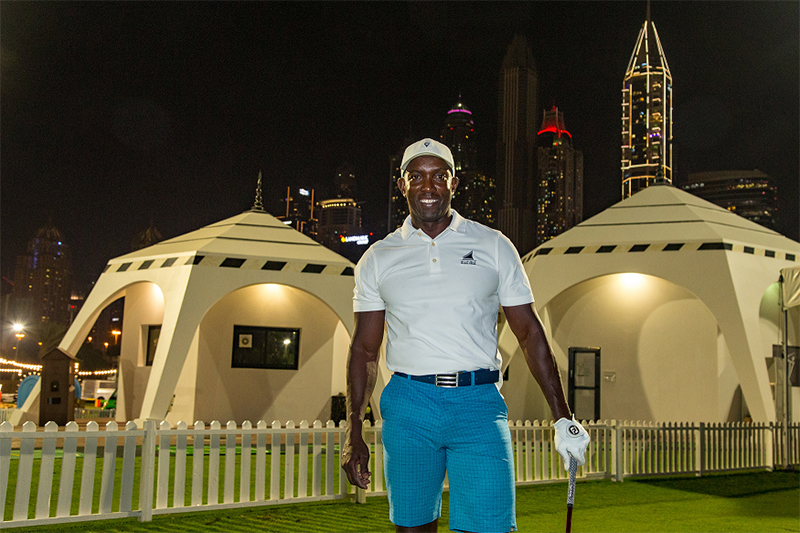 Former Manchester United and Trinidad and Tobago footballer Dwight Yorke is currently in Dubai for this week’s Dubai Moonlight Classic presented by EGA.

World-famous Italian fashion designer Giorgio Armani put on a stellar fashion show this week to celebrate 10 years of Armani hotels, named ‘One Night Only’. Not only were there, of course, a flock of stunning models walking the show, but there were numerous celebrities in attendance such as Clive Owen, Chris Martin, Sharon Stone and Lily James. The show took place at the foot of the Burj Khalifa (in which you’ll find the Armani Hotel Dubai) with a backdrop of the Dubai Fountains.

Retired professional mixed martial artist Khabib Nurmagomedov is no stranger to Dubai and is often snapped on his visits. This time, he was back at the glitzy Palazzo Versace Dubai hotel. 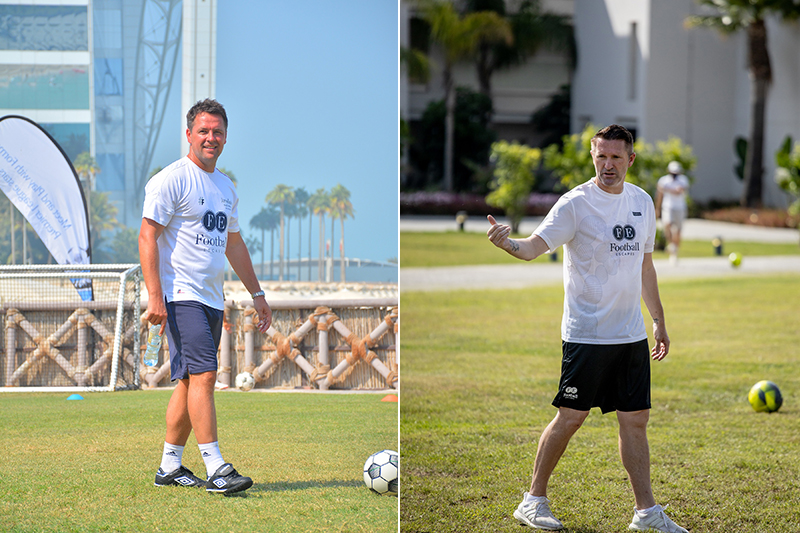 Footballers Robbie Keane and Michael Owen are currently in the city to run an exclusive children’s football camp at Jumeirah Beach Hotel during the school summer holidays. The ‘Football Escapes’ camp is running until October 29. Suitable for children aged 5 to 15, a two-day course is priced at Dhs1,260.

Basic Instinct star Sharon Stone has been spotted in Dubai attending designer Giorgio Armani’s ‘One Night Only’ fashion show, celebrating 10 years of Armani hotels. The actress has posted a number of videos about her time in Dubai, commenting on how much the city has grown and also going on a desert safari.

Former TOWIE star Samantha Faiers is known to be a big fan of Dubai, and regularly visits the city. She’s currently here on vacation with her family, where it looks like she is staying at the One&Only Royal Mirage hotel.