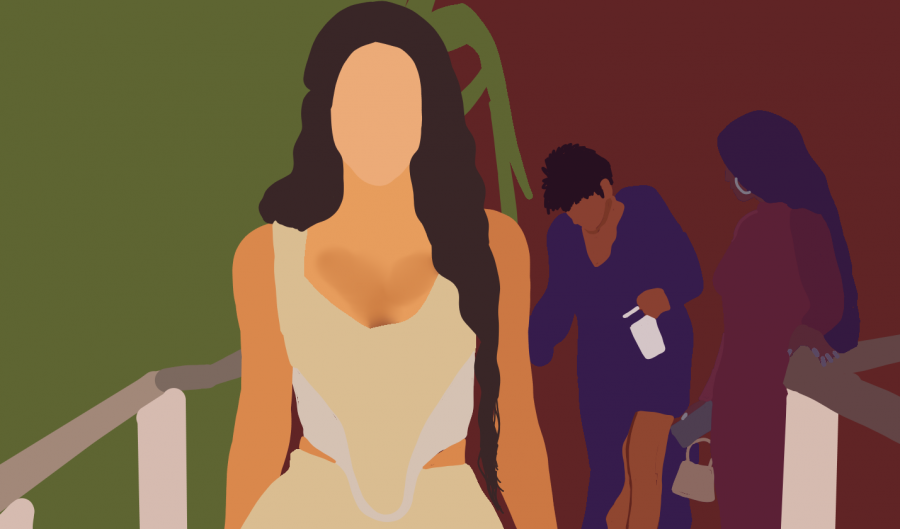 From the insane videos of giant celebrity houses to “Keeping Up with the Kardashians,” our collective eyes are glued to celebrities at all times. Celebrities live a life that is out of reach — full of wealth, excess, fancy dresses and important parties — something the average person probably can’t attain in their lifetime. Hate or love it, we are all watching celebrities’ every move.

The COVID-19 pandemic has changed this. With a high unemployment rate and homelessness increasing rapidly, celebrities quarantining in giant mansions and preaching togetherness seems very out of touch. As people have been dying during this pandemic, celebrities believe that the rules don’t apply to them and have been having parties or taking vacations. The lack of compassion that these celebrities have shown during the most deadly pandemic in our recent history is atrocious. We need to hold them accountable for defying rules and stop supporting them for breaking them.

At the beginning of the pandemic, many celebrities tried to cultivate a message of unity but it came off as very out of touch. The “Imagine” video, made by Gal Gadot and numerous other celebrities during the first week of quarantine, was one of the first ways in which celebrities tried to appear as if they were in solidarity. This video came off as very disingenuous and a way for celebrities to get face time by appearing to do a good deed without doing anything at all. If celebrities really wanted to help, they could have donated money and helped any way they could without needing public attention on them.

As the pandemic progressed, many celebrities complained often on social media about how bored they were having to quarantine in their homes. Ellen Degeneres was one of these people, calling her multimillion-dollar home a “prison.” She was trying to seem relatable, but it came off as out of touch and detached. With one in five incarcerated people testing positive for coronavirus and an increase in homelessness during the pandemic, a healthy affluent person complaining seems extremely out of touch.

While it’s tone-deaf for these celebrities to complain or make weak messages of solidarity on social media, the most dangerous aspect of celebrity culture during the pandemic is how many celebrities seem to believe that the mitigation rules don’t apply to them. Many celebrities have been caught breaking COVID guidelines to have parties or other frivolous gatherings. Both Kim Kardashian and Kendall Jenner were caught having maskless parties, with Kim’s being held on a private island. Kim’s now-infamous tweet referring to the party said it was a chance for her and her friends to try to find normalcy during the pandemic. Both Kardashian and Jenner tried to avoid criticism by saying that all their guests were tested for COVID on arrival, but many didn’t buy it.

It is so out of touch for celebrities to throw parties and go on vacation, saying that it is much needed, while many people can’t even hold funerals for their loved ones. Everyone wants a normal vacation and a fun birthday party, but right now that is not an option if we want to stay safe. People often admire the Kardashians’ luxury parties and vacations but doing so when so many are struggling has caused a rift in the way they are viewed, seeing these events as dispassionate instead of aspirational.

When celebrities are “caught” breaking coronavirus guidelines, they have often deflected or given weak apologies that don’t make up for the lives they’ve endangered. Rita Ora, a British singer, apologized twice for breaking coronavirus restrictions by having a party after not self-isolating after a trip to Egypt. Her first apology deflected from the issue, saying that it was a spur-of-the-moment decision to host the party, but it later came out that she had paid off a restaurant owner beforehand. Kris Jenner also attempted to apologize on Kendall’s behalf saying that they tried their best to be responsible while throwing a maskless party in a COVID hotspot.

Blatantly ignoring the issue and only apologizing after getting caught is so disrespectful to the many people who are suffering either financially, mentally or physically during this pandemic. Kendall Jenner “trying her best” to be responsible and then throwing a party shows the clear disconnect these celebrities have from everyone who is dealing with the pandemic. It shows the lack of compassion that these celebrities have and how they care more about their public image than the actual lives they have been putting in danger by believing that the rules don’t apply to them. They only apologize when caught, making these apologies seem insincere and only to get better PR after a scandal.

This lack of empathy from celebrities shows that they believe that the rules don’t apply to them and we need to hold them accountable for this. The false closeness that many celebrities have tried to cultivate in the age of social media has been destroyed, and we are finally starting to see how little celebrities really care about anything aside from their image. If these celebrities really cared about easing the suffering of everyone, they would have donated quietly and used their money for good instead of just boosting their image. Post-pandemic, hopefully, people will not put up with pandering by celebrities and hold them more accountable.

Rachel Soloff writes primarily about entertainment and social justice. Write to her at [email protected].