Anil Kapoor took to his Instagram Story and shared a collage of pictures of him with the late actor.

He wrote, “Never Forgotten,” with a heart emoticon. 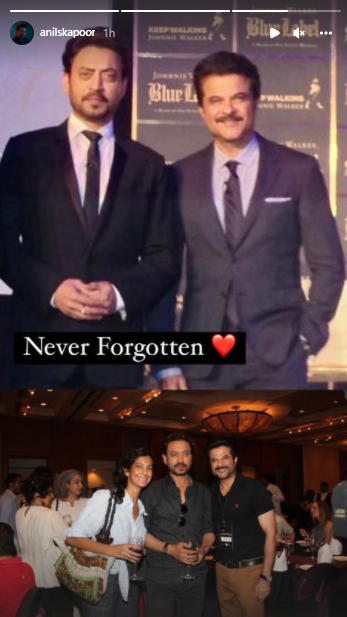 Director Anees Bazmee took to his Instagram and posted a picture from the sets of ‘Thank You’, in which he can be seen talking to Irrfan and sharing a hot beverage with him.

In the caption, he penned, “His intensity translated to brilliance onscreen. Remembering the phenomenal actor #IrrfanKhan on his birth anniversary.” 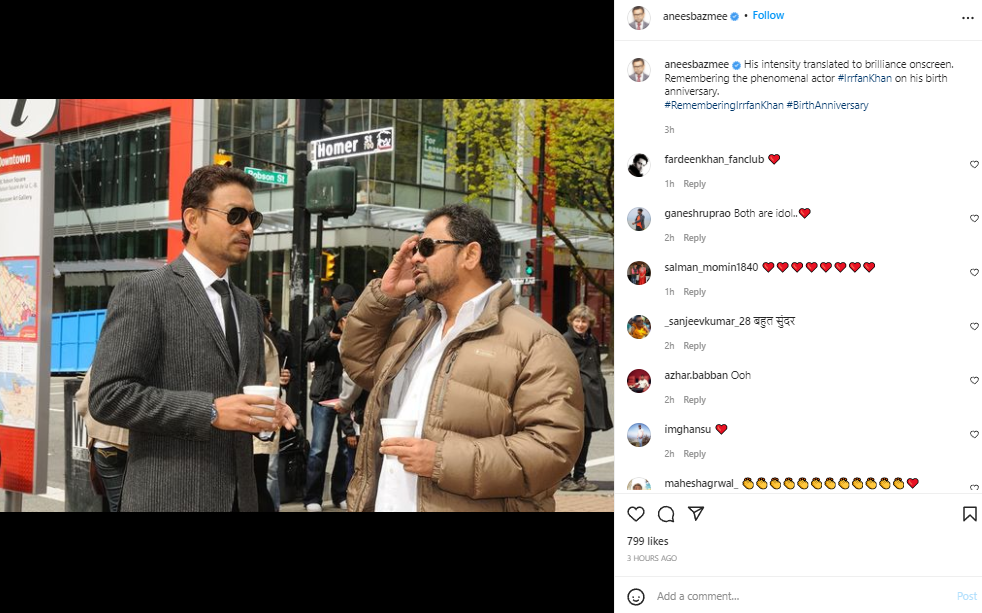 Shilpa Shetty took to her Instagram Story and shared a picture of Irrfan, with whom she co-starred in the film ‘Life in a Metro’.

Along with the picture, she wrote, “The magic you created on-screen with your craft is a wonderful reminder of the legacy you’ve left behind, @irrfan! Remembering you on your birthday today.” 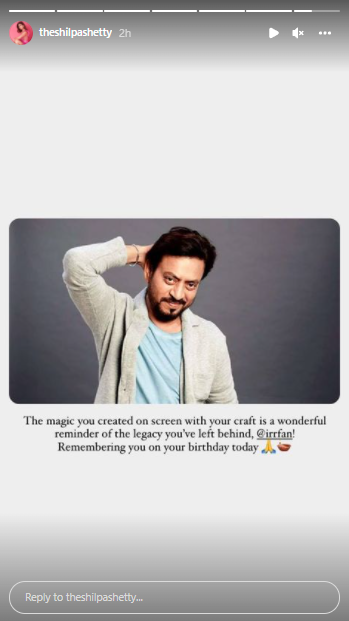 Anushka Sharma also took to her Instagram Story and posted a picture of the brilliant actor.

Further, she penned, “Think of you and your brilliance so very often. You will always be remembered.” 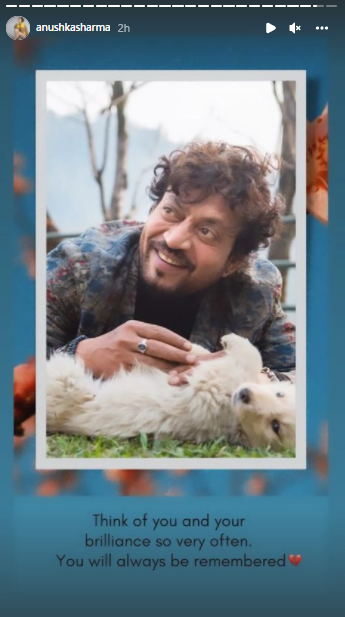 Irrfan Khan was diagnosed with a neuroendocrine tumour, fighting which he left for his heavenly abode on April 29, 2020.

He is survived by his wife Sutapa Sikdar, and sons Babil Khan and Ayan Khan. (ANI)