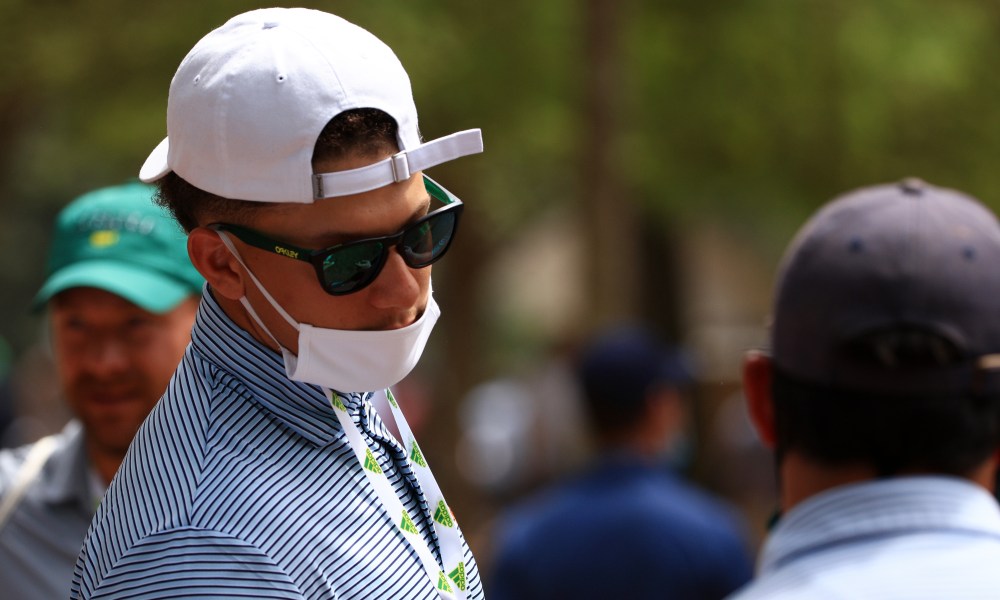 AUGUSTA, Ga. — Dustin Johnson has grown accustomed to having fans gaze in awe.

On Thursday, those eyes happened to belong to Patrick Mahomes and Travis Kelce, among others.

After playing a round of golf at nearby Augusta Country Club on Wednesday, the Kansas City Chiefs stars were in attendance for Thursday’s opening round. 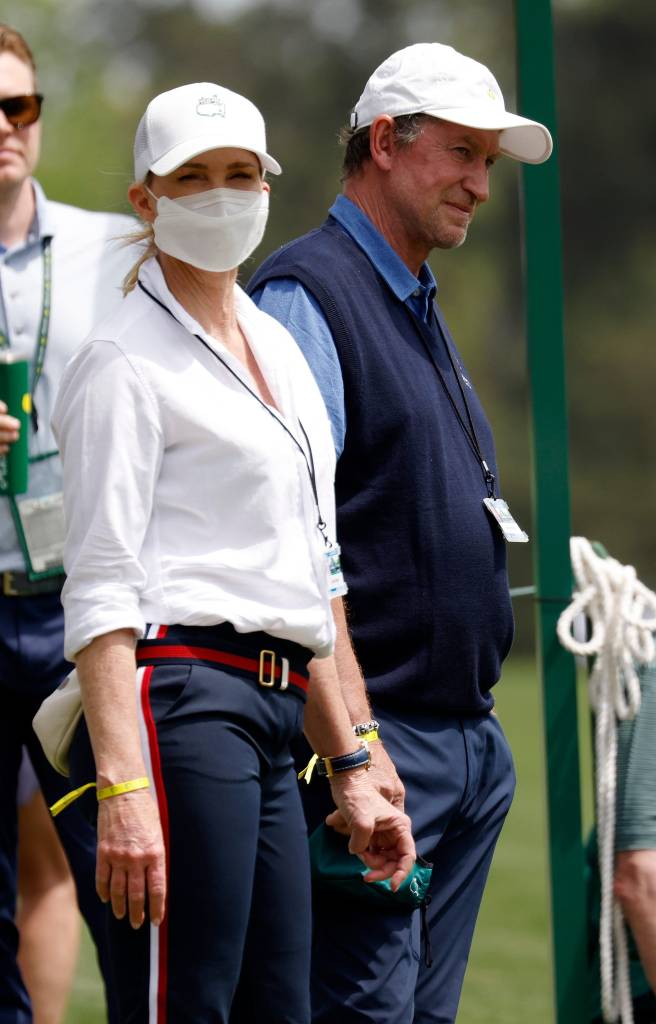 Wayne Gretzky and his wife Janet watch Dustin Johnson on the 13th hole during Thursday’s first round of the Masters Tournament at Augusta National Golf Club on April 8, 2021, in Augusta, Georgia. (Photo: Andrew Davis/The Augusta Chronicle)

“Let’s follow DJ,” Mahomes said as the defending Masters champion—and fellow Adidas client—walked down the first fairway. “I want to watch him.”

Mahomes had originally planned to attend the 2020 Masters last April before the pandemic postponed the event to November, which coincided with the NFL schedule.

Wayne Gretzky and his wife, Janet, were also in the gallery following Johnson.

Gretzky’s daughter, Paulina, is Johnson’s fiance. The couple have two sons together.

The former Clemson star and projected top pick in the upcoming NFL Draft called the his time at Augusta National, “A great way to begin the wedding festivities.” 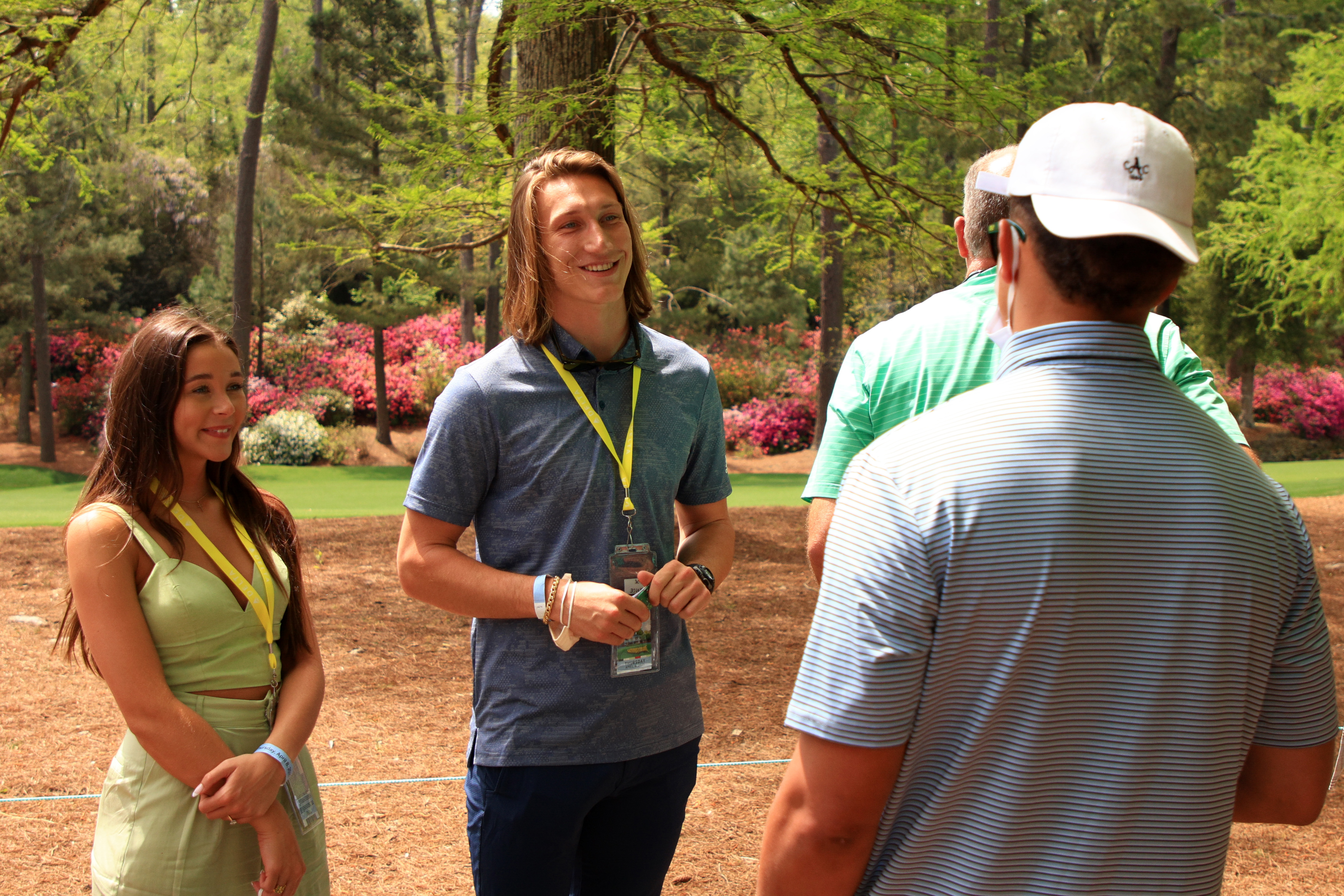 Former Clemson quarterback Trevor Lawrence and his fiancé Marissa Mowry talk to Patrick Mahomes of the Kansas City Chiefs near the 13th hole during the first round of the Masters Tournament at Augusta National Golf Club on April 8, 2021 in Augusta, Georgia. (Photo: Mike Ehrmann/Getty Images)