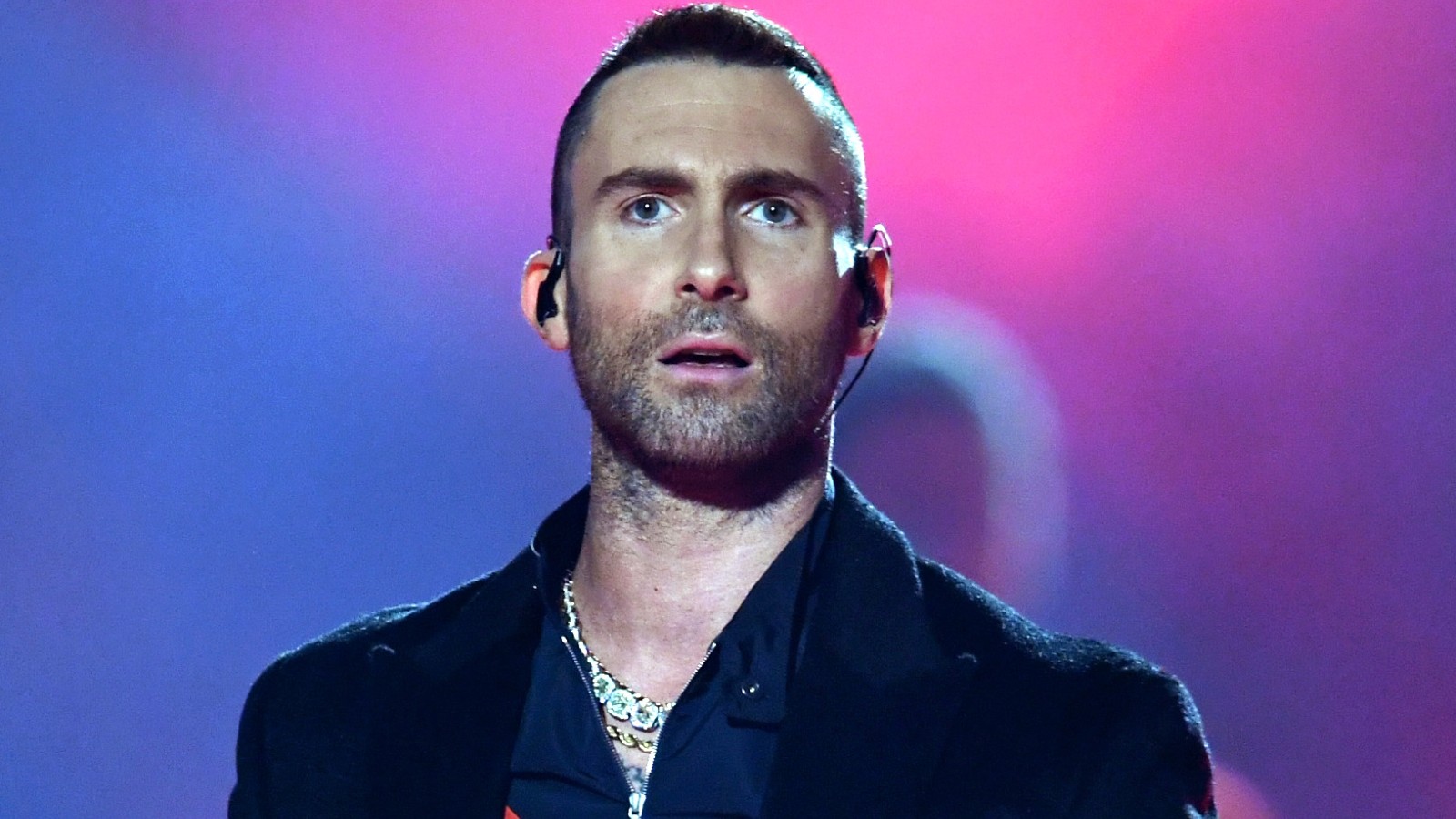 The advent of text messaging was a game changer. Instead of having to talk to people all the time we could simply message them. As technology progressed, the ability to send pictures and videos also became possible. And like human beings do for everything else, it quickly became an avenue for flirting and sex.

Texting sexy messages is so ubiquitous that it even got its own name: sexting. There’s nothing wrong with sexting between two consenting parties, but it can get a little dicey when someone sends an unwanted dick pic and even more problematic if others get a whiff of this non-consensual interaction. For celebrities, this problem magnifies tenfold.

There’s nothing stopping a person from sharing annoying, sexual, or disturbing messages they receive from celebrities, and many brave souls have exposed some celebrities for what they are. Of course, the latest example that comes to mind is pop band Maroon 5’s singer, Adam Levine, who was recently caught in a texting scandal of his own, but he is hardly the only one who has grabbed headlines because of their disturbing sexting “skills.”

Let’s go over some of the best texting scandals of all time, starting with the one who triggered this trip down memory lane:

Adam Levine, a man who looks like he bought his tattoos at Target, found himself in an odd position of being openly hated (rather than quietly hated) as text messages between him and a woman he allegedly had an affair with were revealed and ridiculed to death.

Among the highlights? Getting trolled to death with hilarious variations of a tweet about a woman’s body and telling his mistress that he wanted to name his child after her. Is anyone surprised? In case you forgot, this is the same man who has “California” as a tummy tattoo.

So what happened? Multiple women have come forward lately, claiming Levine carried on secret and inappropriate relationships with them. The fire got so hot that Levine was forced to break his silence and make a statement about what was going on.

“I used poor judgment in speaking with anyone other than my wife in ANY kind of flirtatious manner,” he said this month. “I did not have an affair, nevertheless, I crossed the line during a regrettable period of my life. In certain instances it became inappropriate. I have addressed that and taken proactive steps to remedy this with my family.”

He also said: “My wife and my family is all I care about in this world. To be this naive and stupid enough to risk the only thing that truly matters to me was the greatest mistake I could ever make. I will never make it again. I take full responsibility. We will get through it and we will get through it together.”

It all started with a woman named Sumner Stroh made a now-viral TikTok video talking about their relationship.

“At the time, I was young, I was naive … I was very easily manipulated. My morals were unknowingly compromised. I was completely manipulated. … [But] I had sent some screenshots recklessly to some friends that I trusted, and one had attempted to sell [them]. So here I am.”

After Stroh came forward, more women revealed that Levine also sent them “flirty” messages. One said he said a lot of gross things that she didn’t want to share publicly, according to Us Magazine: “I guess if any other girls have experienced this with him … I just think they should post it ’cause I feel really bad for his wife, and nobody deserves this.”

Another woman named Maryka said Levine DM’ed her and said “distract yourself by f–king with me!” Fitness model Ashley Russell said that he kept watching her content even after she asked if he was married. Alanna Zabel, Levine’s former yoga instructor, said that Levine texted her “I want to spend the day with you naked.”

The Jeff Bezos cheating scandal shows no matter how rich you are you can still get clowned by a texting scandal. People got an inside look into the billionaire’s love life when the National Enquirer leaked some of his private texts.

This scandal is more cringe-worthy than anything, as Bezos had recently divorced his wife MacKenzie Scott and was dating his new girlfriend Lauren Sanchez. The series of racy texts were sent by the billionaire to Sanchez but the shocking part was that he had sent them months before the duo separated from their respective spouses, which means they had been cheating on their partners.

Back when he was just a young little Prince, the new King of England was embroiled in his own texting scandal, although technically it was a transcript of a phone call.

In 1993, British tabloids, who weirdly love the royals but are also devoted to criticizing them, released a back-and-forth telephonic conversation between Charles and his then mistress Camilla Parker-Bowles. The transcript dates back to 1989 and was dubbed Tampongate because, well, because the then-prince told Camilla he wanted to be reincarnated as a Tampon to live inside her.

Here’s the meatiest part of the transcript, according to Esquire.

CHARLES: Oh stop! I want to feel my way along you, all over you and up and down you and in and out . . .

CHARLES: Particularly in and out.

CAMILLA: Oh, that’s just what I need at the moment.

CHARLES: Oh, God. I’ll just live inside your trousers or something. It would be much easier!

CHARLES: Or, God forbid, a Tampax. Just my luck! (Laughs)

CAMILLA: You are a complete idiot! (Laughs) Oh, what a wonderful idea

Oh my! Our apologies in case the above interaction left you trying to piece together your scrambled brain. But the fact remains that despite the massive scandal this leaked transcript triggered, it did little to threaten Charles and Camilla’s place in the British Royal family.

Armie Hammer definitely has one of the most disturbing texting scandals in recent memory and that’s saying something seeing that we’ve already covered Tampongate!

Everything started getting weird for Hammer after he divorced Elizabeth Chambers, his wife of thirteen years. It appeared to be a mutual split and she even said really nice things about Hammer on Instagram.

“Thirteen years as best friends, soulmates, partners and then parents. It has been an incredible journey, but together, we’ve decided to turn the page and move on from our marriage,” she said at the time.

In October of 2020, he asks for joint custody of his children, who were in the Cayman Islands, signaling some strife in the supposed easy break-up. Then in January of 2021, he tweets something really weird.

That’s when things went downhill for the actor as disturbing allegations against him began to appear. Soon after his tweet, an anonymous woman came forward to reveal that she had an affair for four years with Hammer, during which he sent her texts about his rape and cannibal fantasies as well as his wish to drink her blood. To say that this description barely skims the surface of his texts would be the understatement of the year.

The messages were published and widely condemned. They are deeply disturbing so proceed with caution and read them at your own risk.

The woman later shared on Instagram that “Women approached me with their affair stories as we talked, overwhelmed with grief, for days and nights without sleeping or eating, with some ending up in the ER.”

After the news broke Hammer left the movie Shotgun Wedding that he was filming with Jennifer Lopez.

“I’m not responding to these bullshit claims but in light of the vicious and spurious online attacks against me, I cannot in good conscience now leave my children for 4 months to shoot a film in the Dominican Republic,” he told Variety.

Other women came out of the woodwork, like Courtney Vucekovich, who described her experience with Hammer to Page Six.

“He did some things with me that I wasn’t comfortable with. For God knows what reason, he convinced me that these things were OK and he put me in some dangerous situations where I was not OK, where he was heavily drinking, and I wasn’t drinking that way and it scared me. I didn’t feel comfortable.”

After more former girlfriends outed his sadistic sexual acts and cannibalistic aspirations, the actor was reportedly blacklisted by studios. The last we heard, Hammer was busy selling timeshares at a resort in the Cayman Islands.

The former New York congressman Anthony Weiner’s career and marriage took a nosedive after information about his rather uncomfortable sexting habits was exposed, like sharing sexually explicit photos with women and sexting with his 4-year-old son in the photo. You can’t make this stuff up.

The man had been embroiled in scandal since 2011 and even went by the pseudonym “Carlos Danger” because of his never-ending sexting controversies. But the final nail in his coffin was when he sexted a 15-year-old girl. This landed him in prison for 21 months and he was forced to register as a sex offender.

You would think that would be enough to get him away from the limelight forever, but he recently reappeared as a co-host on a weekend political show called “The Left vs. The Right.”