From Mohanlal to Manju Warrier, celebrities mourn the demise of P Balachandran – Zoom

Actor Mohanlal, Dulquer Salmaan, Manju Warrier, Prithviraj Sukumaran and others have expressed their deepest condolences for P Balachandran as the veteran actor passes away due to health issues at the age of 69. The actor was suffering from illness for several months and passed away early morning on Monday (April 5).  The actor was last seen in Mammootty’s film One in which he played the character of  Attingal Madhusoodanan.

He is survived by his wife Sreelatha and two children Parvathy and Sreekanth.

Actor Dulquer Salmaan took to his Instagram account, and posted a photo of his movie Kammatti Paadam along with the actor and wrote, “RIP dearest Baletta”. Balachandran played the role of Dulquer Salmaan’s father in the movie. Balachandran was also the scriptwriter for the film. 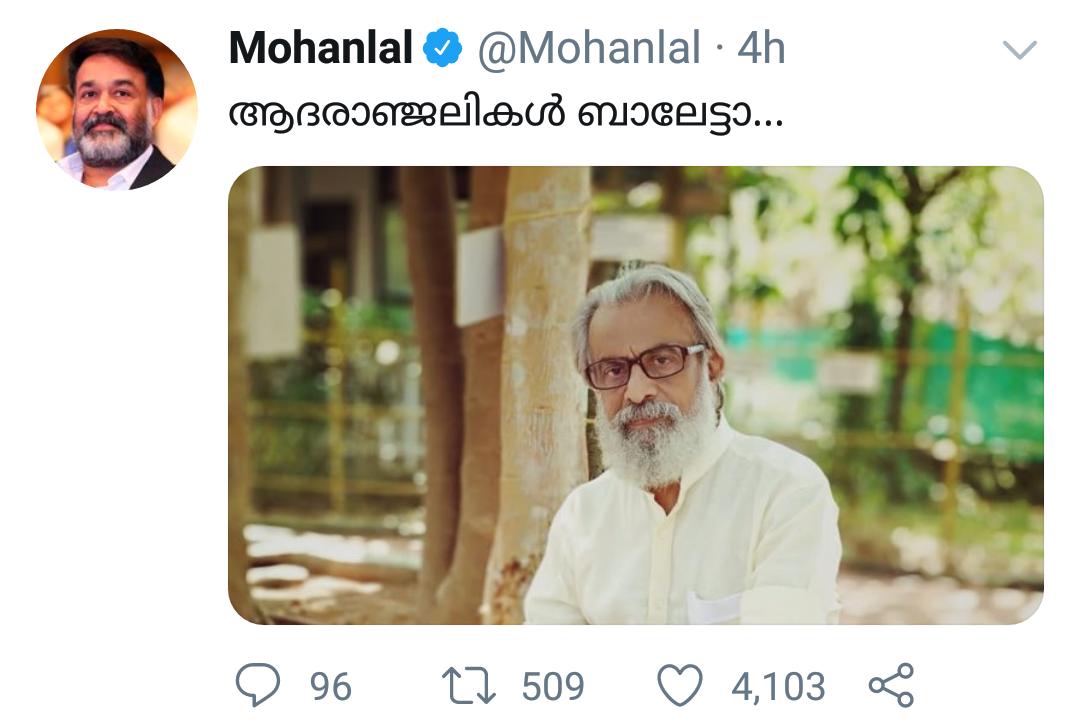 Actress Manju Warrier posted his photo and wrote, “Condolences”. on her Instagram handle. 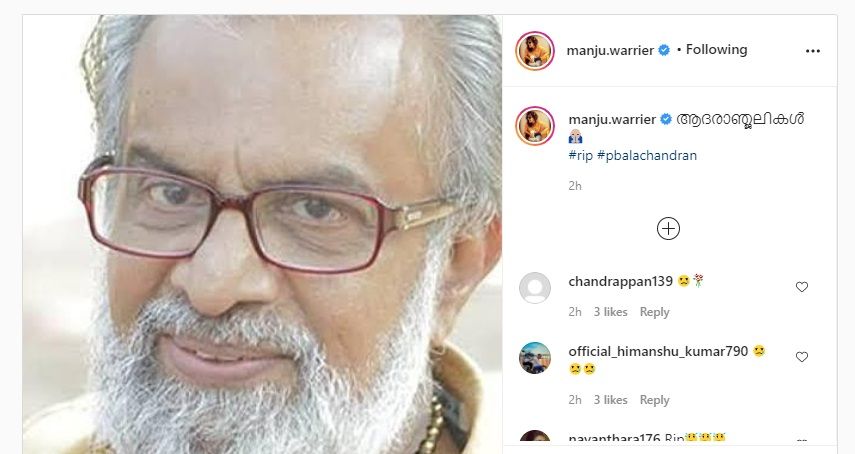 Actor Jayasurya also took to his Instagram story and expressedhis grief alongside an image of the actor. 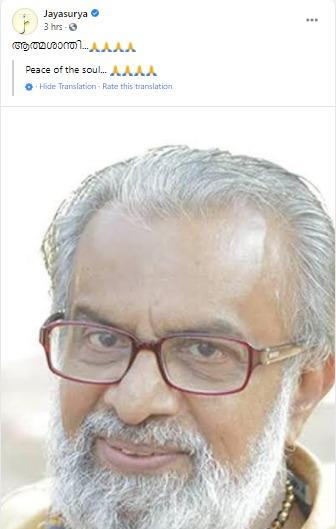 Meanwhile, several Malaylam movie fans have also shared their grief on social media.A Twitter user, Rinshi wrote, “The news of the demise of actor #pbalachandran came as a shock. He was an excellent actor. May his soul rest in peace. #RIP #MalayalamMovies”.

Another Twitter user, Harisankar Menon Wrote,” RIP #pbalachandran. Thank you for giving us a gem like #Pavithram. A movie that will always be celebrated & cherished across generations.”

P Balachandran was fondly called as ‘Balettan’  in the Malayalam film industry. He was born on February 2, 1952 at Vaikom in Kerala.  He entered into the film industry with Richard Attenborough directorial Gandhi in an uncredited role. He acted in few films like Eeda, Athiran, Annayum Rasoolum, Kallu Kondoru Pennu.  He was known for his play Paavam Usman for which he won Kerala Sathiya Akademi Award.  He directed a film Ivan Megharoopan, which is based on the life story of Malayalam poet P. Kunhiraman Nair.