From Malaika To Saif, 8 Bollywood Celebrities Who Found Love After Divorce – iDiva.com

In India, divorce is still a taboo subject, treated like the end of the world. But it shouldn’t be. Seeking a new relationship and finding love again, should one want to, should be normalised in our society so that the stigma attached to divorce is reduced. Some celebrities did exactly that and gave everyone the inspiration to take a chance in love again.

1. After Farhan Akhtar and Adhuna Bhabani’s separation, he found love in Shibani Dandekar

Farhan and Adhuna were married for 17 years and have two children too. But both of them found love after their divorce. Farhan and Shibani Dandekar have been together since 2018 while Adhuna is dating Dino Morea’s brother, Nicolo Morea.

2. Sussanne Khan is dating Arslan Goni after she and Hrithik Roshan got divorced

Sussanne and Hrithik had a very cordial breakup and remain friends even after their divorce, co-parenting their kids with lots of love. Recently, Sussanne shared photos of her new beau, Arslan Goni, proving that she has found love again.

3. Arjun Rampal and Gabriella Demetriades are parents after he and Mehr Jesia got divorced

One of the most stunning couples in the modeling world, Arjun and Mehr broke up after a 20-year marriage. The duo share two daughters. Today, Arjun has a baby with fashion designer and model, Gabriella Demetriades, and the two are happy as ever!

4. Saif Ali Khan and Kareena Kapoor Khan are happily married after his divorce with Amrita Singh

Saif and Amrita Singh’s divorce has been talked about extensively, be it from the perspective of their daughter, Sara Ali Khan, or by Saif himself. Today, their children have a great relationship with Kareena, who is now Saif’s wife. The two actors are parents to Jehangir and Taimur Ali Khan.

5. Malaika Arora is dating Arjun Kapoor after she and Arbaaz Khan separated

Malaika was shamed by regressive trolls for dating Arjun Kapoor after her divorce from Arbaaz Khan, even though Arbaaz was also dating a younger woman post their breakup. However, it is heartening to see that Malaika did not let the flak get to her, and spoke up about finding love in one’s 40s. 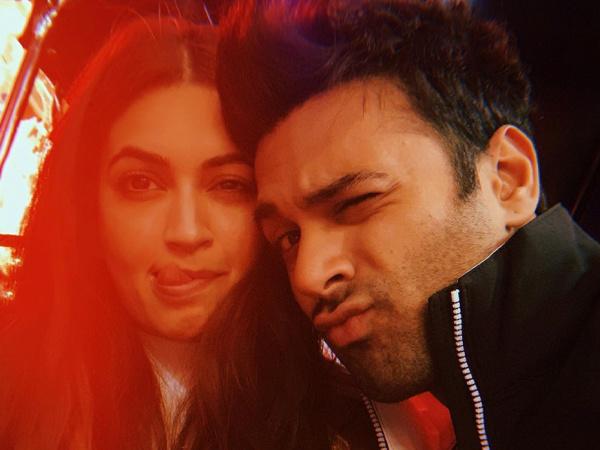 Pulkit married his long-term girlfriend Shweta but they got divorced. Following this, he dated Yami Gautam and is now in a relationship with actress Kriti Kharbanda.

Bipasha was candid about the reservations people had about her marrying Karan, alluding to the stigma around divorcees. Karan had previously been married to Shraddha Nigam and Jennifer Winget. But today, he and Bipasha are in a beautiful relationship, serving marriage goals for days!

8. Kalki found love after her and Anurag Kashyap’s divorce

After her and Anurag Kashyap’s divorce, Kalki found love again in Guy Hershberg, and even had a baby with him. Anurag reportedly even called Kalki and offered parenting advice if she ever needed it. All’s well that ends well, isn’t it?