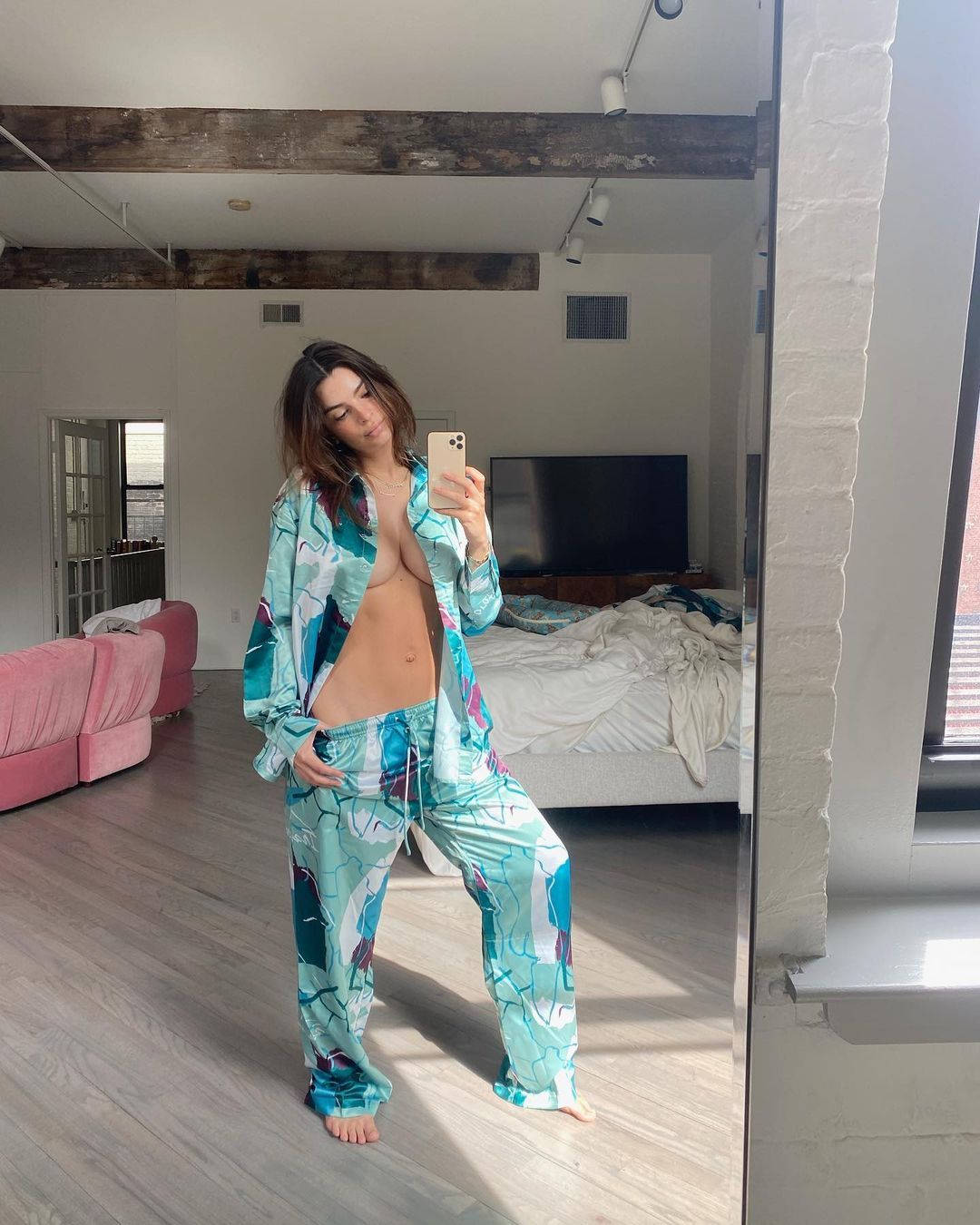 While many fans didn’t dare tarnish the first few days of Emily being a mother, a segment of fans criticized the model for showing off her postpartum body. Emily appeared on the official IG account for her clothing line, Inamorata, and allegedly showed off her body 11 days after giving birth. While it’s obvious that Emily can do/post anything she wants, some people thought she was bragging and showing off.

“Not taking away from her positive body experience postpartum, but this is not the typical experience of most women,” a fan commented on her company’s post. “So if you’re seeing this and this isn’t how you look 11 days after giving birth… or even a year after…. it’s all good. Everybody is beautiful and perfect.”

“Pretty Little Liars” star Claire Holt allegedly had a strong reaction to Emily’s postpartum body. “I try not to be the Grinch on here, but I really wanna say something cos it’s annoying me,” she said via her IG story. “If you post a picture of your completely flat stomach 10 days after having a baby and call that body positivity, to me that’s the same as posting a picture of the millions of dollars in your bank account and calling that success positivity.”