South Korean e-commerce startup Coupang made its IPO on the New York Stock Exchange recently and became the biggest IPO by an Asian company since the 2014 IPO of Alibaba. Shares surged, valuing founder Bon Kim’s stake at more than $8.6 billion. The share price of Coupang rose 41% on its first day of trading, making it the biggest IPO in the U.S. since Uber in 2019. Coupang is often called the Amazon of South Korea. The biggest investor in the company is SoftBank. Coupang pledged to give its warehouse staff and full-time delivery drivers up to $90 million in shares. Revenue at the company doubled in 2020 with the pandemic-related increase in online shopping.

Bon Kim, 42, was born in Seoul. He left Korea at seven years old. He enrolled at Deerfield Academy, a boarding school in Massachusetts, where he was on the varsity track and wrestling teams. He went to Harvard for undergrad and his MBA but dropped out six months into his MBA program. He started a student magazine called “Current” and interned at “The New Republic” before landing a job at Boston Consulting Group. He didn’t spend a long time at that job. He quit, raised $4 million to start a magazine called “02138.” That magazine went out of business in 2009. He founded Coupang in 2010. Over the last decade, Kim has raised $3.8 billion in funding from a who’s who of Silicon Valley venture capital firms including SoftBank, Sequoia Capital, and BlackRock. 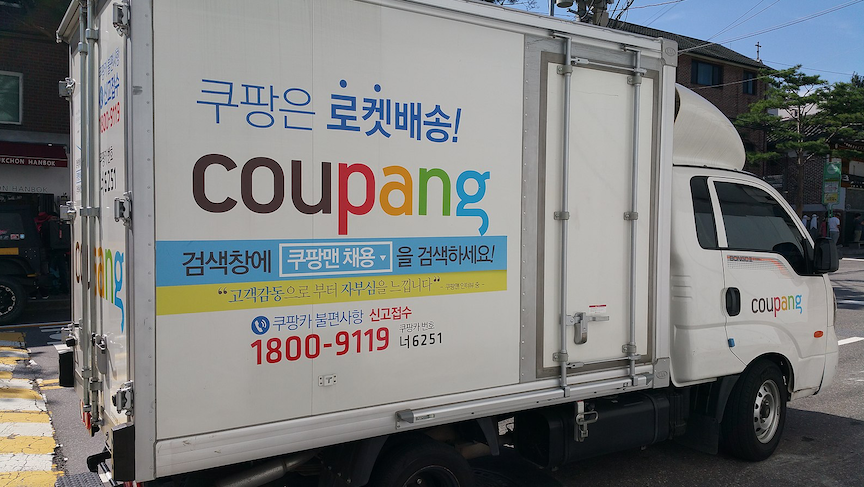 Coupang started out as a Groupon clone and developed into an online retailer with a 24-hour logistics service called Rocket Delivery. As of 2019, the company has more than 3.5 million daily active users. Coupang employs 10,000 people in its Seoul, Beijing, Shanghai, Silicon Valley, Seattle, and Los Angeles offices.

Over its 11 years in operation, Coupang has expanded its delivery operations aggressively. Roughly 70% of the 51 million people in South Korea live within seven miles of a Coupang distribution center.  More recently, the company has expanded into streaming services and food delivery. The Dawn Delivery service allows orders to be placed as late as midnight with delivery by 7am. Coupang Fresh delivers organic and perishable food items that are delivered within hours of purchase. Coupang Eats is the company’s food delivery service.

Coupang is the fastest-growing e-commerce company of all time in South Korea. It’s the closest thing the country has to Amazon, which doesn’t operate in South Korea, largely because of Kim and Coupang.