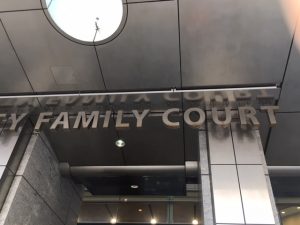 This case was shocking when it hit the news earlier this year. A Chinese megacelebrity actress, Shuang Zheng, was called out on social media by her ex, Heng Zhang (whom I’ll call, as the court did, “Father”) that she had abandoned their two surrogacy-born children in the United States. In China, the scandal was not that Zheng had abandoned her babies, but that she had used a surrogate to have a child — or, in this case, two surrogates to have two children. After the news broke, Zheng’s career plummeted, she lost roles and lucrative sponsorships, including one with Prada.

Almost a year after the babies’ births, Zheng brought a case in Denver County Court, arguing for her parental rights to the children. And, in February 2021, more than a year after their births, Zheng traveled to Denver, where the children reside with Father. After two well-attended (over 300-plus onlookers) public hearings over Zoom focused on parenting time and decision-making, the Denver court issued an order for allocated parental rights in the case.

The 30-page court opinion tells a heartbreaking story. Back when Zheng and Father were in a romantic relationship, they decided to have children together. Owing to a heart condition related to dieting for her work, as explained by Zheng to the court, the couple turned to surrogacy to have children. And since surrogacy is not permitted in China, they made arrangements in the United States.

The couple chose to work with two different surrogacy agencies, matching them with two different surrogates (one in Nevada, and one in Colorado). The couple had plans to have a girl and a boy, born close together, and in the Year of the Pig. Interestingly, that was apparently a common request from hopeful Chinese intended parents as the Year of the Pig approached. Apparently that year — approximately February 2019 to January 2020 under the Chinese zodiac calendar — was especially auspicious. I looked it up on Google like any good attorney, and found that children born in the Year of the Pig are said to be extremely pleasant, and do what their parents tell them.

Narrator: not every child born in the Year of the Pig was extremely pleasant and obedient.

The couples’ plan was right on track until the couple split — and not amicably — in September 2019. What followed was, at least for my fellow surrogacy professionals, the stuff of nightmares. Zheng testified that after the breakup, she panicked. Zheng contacted the surrogacy agencies and asked them if the pregnancies could be terminated. Even if that had been an option earlier on (which at least one agency pointed out, by contract, was not), at this point, mere months from each child’s due date, it was not possible. Zheng then inquired as to the process to place the children up for adoption, intentionally excluding Father from the communications. The agency — good for them! — wrote to both parties to be clear that if the children were going to be placed for adoption, both parents must be involved. At that point, Father started communicating with the agencies, letting them know he would be there to take care of the children and was not giving up his parental rights.

Of course, in the meantime, another legal process was on the horizon. During a surrogacy, it is customary that attorneys for the parties file a petition for a prebirth parentage determination in order to have intended parents recognized as the surrogate-born child’s parents from birth. Zheng told her Nevada attorney to stop working on the case, forcing the attorney to withdraw from representation. Only after at least one of the agencies explained the serious consequences — including the possibility of the children being considered abandoned and the parties being at risk for criminal charges — did Zheng cooperate in signing the prebirth parentage petition documents.

When The Babies Were Born, Dad Was There

Traveling to the United States in time for the births, Father was there. First, he was present for his son’s birth in Colorado in December 2019 and then, briefly leaving his baby son in his mother’s and a nanny’s care, he traveled to Nevada to be there for his daughter’s birth. He then brought his daughter back to his home in Colorado.

Zheng on the other hand, the court explained, “decided not to travel to the United States for the birth because she felt she could not be seen with Father at this time and did not trust him, and had accepted work and intended to proceed with it, claiming that if she did not do so many people would have lost their jobs.” When Dad attempted to notify Zheng by social media that the babies were born, she blocked him on WeChat.

After facing public outrage when the story broke in January 2021, Zheng finally arrived in Denver in February 2021 and contacted Father through her counsel to make arrangements to see the children. At the time of the hearings in April and May, Zheng had only experienced two short, supervised visits with the young children.

In the trial for parental allocation and decision-making, Father sought sole custody of and decision-making for the children but did not oppose Zheng having limited supervised visitation with the children. Zheng’s attorney presented an elaborate six-phase parenting plan quickly stepping up visitation and care every few weeks. The court, however, found that Zheng’s proposal lacked “in therapeutic support or evidence that it is in the children’s best interest,” not considering basic scheduling needs of the young children, such as naptime.

The immigration status of both parties added a complicating factor. While both children are natural U.S. citizens by birth on U.S. soil under the 14th Amendment, Zheng and Father are Chinese citizens, legally in the U.S., but only temporarily, on short-term visas. At the time of the hearing, Father had received an extension to his original visa and had a pending application for another extension. Zheng was in the United States on a six-month visa, with a possibility of an extension.

So what did the court decide? Despite all the extra international attention and intrigue, the court ultimately treated the case like any other messy divorce and parenting situation, working to find a solution most in line with the best interests of the children. The court determined that:

Next up, the Denver court is set to dive into the issue of child support. While the probability is that that phase will be just as acrimonious, we can hope (like we hope for all parents in a messy divorce case) that Zheng and Father are able to put their history and differences aside to focus on the best for their children.

Ellen Trachman is the Managing Attorney of Trachman Law Center, LLC, a Denver-based law firm specializing in assisted reproductive technology law, and co-host of the podcast I Want To Put A Baby In You. You can reach her at babies@abovethelaw.com.