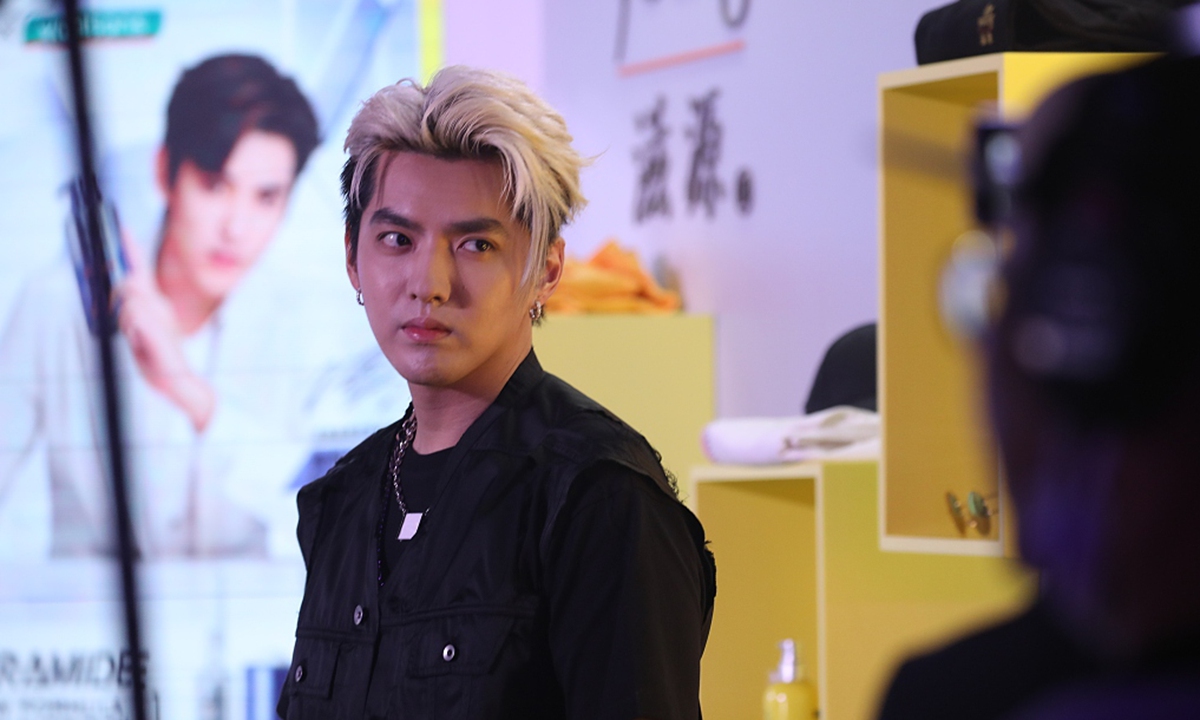 China’s top internet regulator said on Tuesday that it will establish a negative list to prevent celebrity-related content from promoting distorted values, including abnormal aesthetics, vulgar scandals, and content that induces fans to blindly idolize celebrities or that hypes the comeback of entertainers who have illegal and unethical records.

On the same day, the China Association of Performing Arts published the ninth warning list for livestreaming performances covering 88 celebrities, including Chinese-Canadian pop idol Kris Wu Yifan who has been arrested on rape charges, actress Zheng Shuang who was fined for tax fraud, and actor Zhang Zhehan who visited Japan’s war-linked Yasukuni Shrine and went against the Chinese public’s emotions.

Since the launch of the warning list in 2018, eight lists of 358 online celebrities had been issued, and all members of the association have been told to boycott the celebrities on the list.

The notice released by the Cyberspace Administration of China (CAC) on Tuesday listed 15 measures in four areas to manage how online information about celebrities is presented – content orientation, information presentation, account management, and the mechanism of public opinion. Observers hailed the latest notice as further drawing a clear bottom line of the rule of law covering the network communication order.

Celebrities should not induce fans to illegally fundraise or provoke confrontations among “fan cultures,” the notice said, adding that celebrities who were recently involved in unethical and illegal behavior will be strictly prevented from reviving their careers.

It also said that internet regulators will strengthen support for positive online content about celebrities and establish a negative list to ban celebrity-related content that promotes abnormal aesthetics, hypes vulgar scandals and induces fans to blindly idolize celebrities, and leads to exposing the personal information of other celebrities.

Platforms should put celebrity-related accounts under hierarchical management, and monitor and establish warning mechanisms for accounts with a certain amount of followers. Accounts that publish biased or confusing information that provokes confrontations and manipulates public opinions should be punished accordingly, according to the notice.

Zhu Wei, a communications researcher at the China University of Political Science and Law in Beijing, told the Global Times on Tuesday that as public figures, entertainment celebrities have a greater social identity, and they have more power to mobilize public opinion than ordinary people, so they should also assume higher social responsibility and moral standards.

The negative list will further clarify that abiding by the law and being moral are the bottom line to become entertainment celebrities and other public figures, Zhu said.

Zhu also called on online platforms to take responsibility. For example, information that may cause widespread social concern, such as the violation of celebrities’ privacy, or cases where they break laws and commit crimes, and fans’ conflicts, must be included in the public opinion monitoring system of the online platforms, and the platforms should report these situations to the authorities in a timely manner.

The notice by the CAC trended on Chinese social media platform Sina Weibo, with floods of netizens voicing their support. The topic “strictly guiding online content related to entertainment celebrities” had been viewed nearly 60 million times as of press time.

Some netizens suggested the related departments should investigate and punish entertainment market accounts and gossip groups on social media, and some urged digging out celebrities who support Hong Kong or Taiwan separatists.

The CAC recently announced several measures to enhance rectification, with specific steps related to the troubled parts of the entertainment industry.

A notice released by the CAC in August asked provincial offices to heighten their efforts to rectify the “fan circle” chaos and prevent entertainment-related platforms from encouraging irrational idol worship.

Major Chinese internet platforms in September also pledged to clean up vulgar online content and deny law-breaking or immoral entertainers the opportunity to return to the public spotlight amid a campaign to tackle lingering problems in the entertainment industry.


Kadeena Cox: Who is the Paralympian on I’m a Celebrity 2021? – The Independent