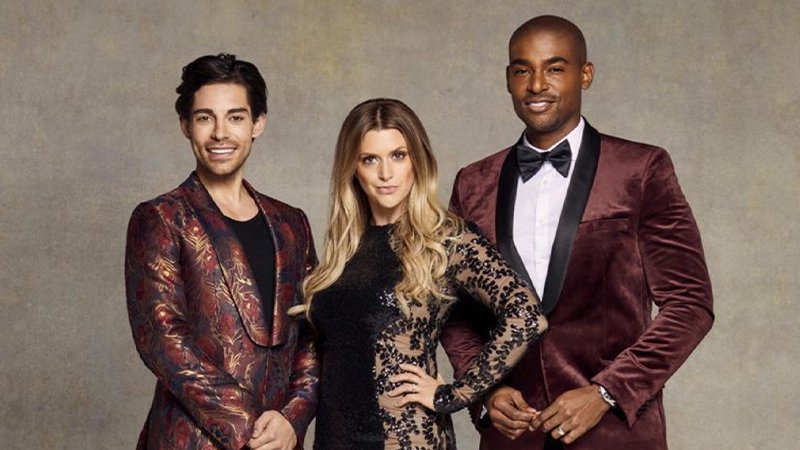 Celeb’s Go Dating relationship coach Paul Carrick Brunson has revealed that he had an explosive altercation with one of the celebrities on this years series.

The popular dating show, which sees celebrities being paired up with ‘normal’ daters outside of the entertainment industry, revised their format for this year’s series in order to comply with Covid-19 restrictions.

The celebrities and their potential dates entered The Mansion, where they lived together for three weeks, dating and developing relationships with their housemates.

The series finale aired last week, and now dating coach Paul Carrick Brunson has revealed that he was happy to say goodbye to the show.

The relationship coach, who, along with Anna Williamson, help the celebrities on their dating path, released a lengthy statement that revealed his state of mind while filming the latest series, and he even admitting to having a ‘verbal altercation’ with one of the celebrities on the show.

Taking to Instagram, he wrote, “I never like saying goodbye but this time it’s different. ⁣Even though I made friends this series of CGD Mansion I’ll have for life, I love working with the @celebsgodating production team, and I’m truly grateful for the opportunity, I was more than happy to leave once we wrapped.⁣”

He then continued to explain that, due to restrictions, he left his family in the United States in order to film the show in the UK and that “being away from my family for an extended time didn’t work well for me. “


“On set, my tolerance for bullsh!t was non existent the entire series. The moment I felt someone was acting in the agency, I tuned them out.” he continued, “The second someone hinted at disrespecting Anna, Tom, the crew, or myself, I snapped. For the first time I got into an off camera verbal altercation with a celeb”

“Real talk, if it wasn’t for daily meditation, exercise and CBD, I would’ve put hands on them” he added.

He concluded the statement saying that he will never break the promise he made his wife or leaving them to work on a project, saying that his family are his strength.

Following the release of his statement, many people thought he was quitting the popular show, however, Paul has since responded to these claims, confirming that his remarks on being ‘happy to leave’ was in relation to the latest series.

Speaking to Digital Spy, he confirmed, “My social post referred only to the end of another great Celebs Go Dating series and my departure back to the States where I was very happy to be reunited with my family who I missed terribly. I wasn’t announcing my departure from the show as some have interpreted it”.

He continued, “I thoroughly enjoyed my time filming Celebs Go Dating: The Mansion and since returning to the US I’ve had lots of lovely messages from fans who have enjoyed watching the show.”

“I am grateful for the opportunity to be part of such a great team and series.” he added.

Click here to visit our Covid-19 info hub for the latest news and information on the Covid-19 pandemic.