Celebrity deaths 2022: All the actors, singers and more we lost this year – Page Six 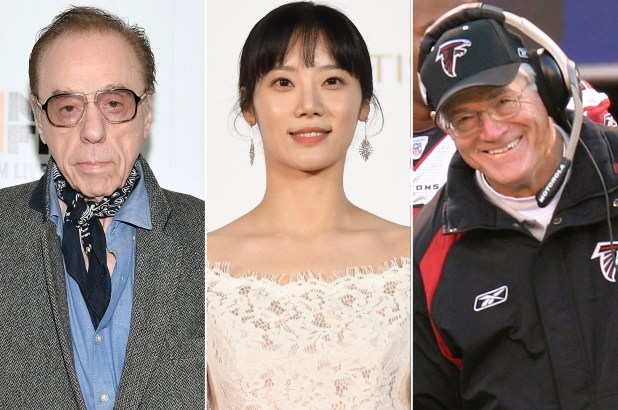 Hollywood is in mourning in the new year over the deaths of celebrities including NFL legend Dan Reeves and Oscar-nominated “Last Picture Show” director Peter Bogdanovich.

Below, Page Six remembers the actors, singers and other stars we’ve lost in 2022.

Bob Saget died on Jan. 9 at age 65. According to the Orange County Sheriff’s Department, the “Full House” actor was found dead in his hotel room at the Ritz-Carlton in Orlando, Fla. His cause of death was not immediately revealed.

Academy Award-winning actor Sidney Poitier died at the age of 94, Bahamian Minister of Foreign Affairs Fred Mitchell announced on Jan. 7. His cause of death was not immediately confirmed.

Poitier was a staple in Hollywood for 71 years, appearing in iconic films including “A Raisin in the Sun” and “Guess Who’s Coming to Dinner.” He won the Oscar for Best Actor for his role in “Lilies of the Field” in 1963, and was later given an Honorary Academy Award in 2001.

Filmmaker and historian Peter Bogdanovich died at age 82 on Jan. 6 from natural causes.

Bogdanovich most famously directed the 1971 drama “The Last Picture Show,” which received eight Oscar nominations. He also helmed 1973’s “Paper Moon,” 1981’s “They All Laughed” and 1985’s “Mask,” among other films.

Bogdanovich was an actor as well, appearing in “The Sopranos” and 2018’s “The Other Side of the Wind.”

South Korean actress Kim Mi-soo died at age 29 on Jan. 5. The cause was not immediately released.

Mi-soo was known for her role in the JTBC series “Snowdrop.” She had also started filming the Disney+ show “Sixth Sense Kiss” before her death.

The younger sister of playwright Arthur Miller made a name for herself with roles in the 1976 revival of “Pal Joey” her brother’s 1981 play “The American Clock.” Copeland also starred in soap operas including “Search for Tomorrow” and “One Life to Live.”

Reeves was a running back for the Dallas Cowboys from 1965 to 1972. He played in nine Super Bowls, winning in 1972 against the Miami Dolphins. Reeves went on to coach teams including the Cowboys, Denver Broncos and New York Giants before retiring in 2003.