Celebrity Cruises’ next ship will be its largest yet – Travel Daily 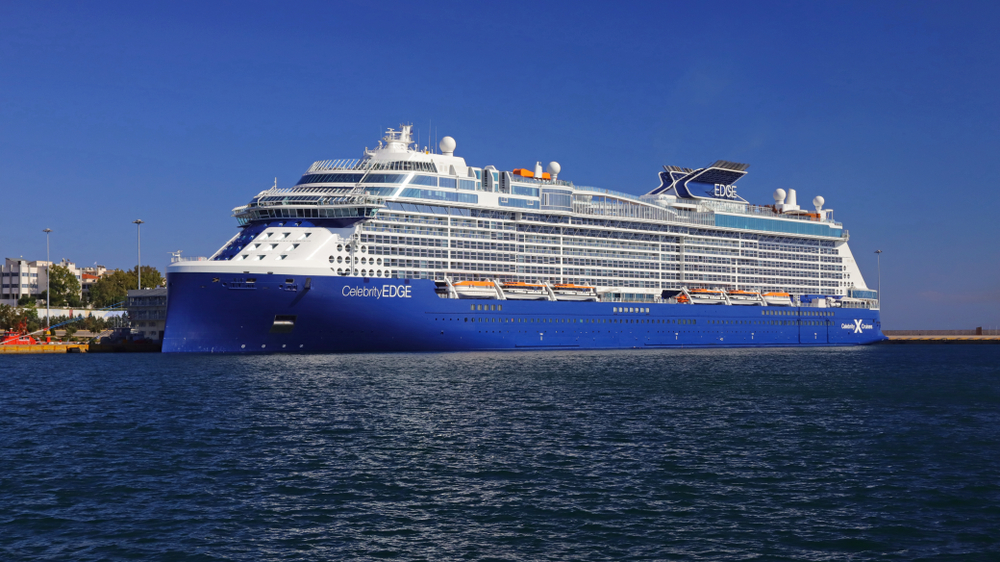 The Miami-based line has just revealed that its soon-to-debut Celebrity Beyond would be a stretched version of its recently unveiled Edge Class ships, Celebrity Apex and Celebrity Edge — the current size leaders in the Celebrity fleet.

Specifically, the third vessel in the Edge Class series will be 20 meters longer than its two sister ships, and a deck taller, too, the chairman and CEO of Royal Caribbean Group, Richard Fain, announced on Wednesday.

“The extra length and height of Celebrity Beyond will allow for new and bigger venues,” Fain said.

Fain said “the extra space would particularly contribute to a feeling of spaciousness in an expanded “resort-within-a-resort” area for suite passengers called The Retreat. Among the highlights of the area will be a new two-story sundeck with hot tubs, lounge chairs and private cabanas that will be open exclusively to passengers staying in suites.”

A new two-level Retreat Sundeck on Celebrity Beyond will be open exclusively to passengers staying in suites.

“When people think about a stretch, they think about making the ship longer,” Fain said. “But a lot of what we were focused on … was lifting (the spaces) up, particularly in the suite section, to give …  more feeling of openness and more feeling of height and spaciousness.”

Among key differences Fain cited was a greatly expanded Sunset Bar at the back of the vessel that would sprawl over multiple levels and have a new, Morocco-inspired design created by celebrity interior designer Nate Berkus (co-star of TLC’s “Nate & Jeremiah by Design”).

The Sunset Bar on Celebrity Beyond will be nearly twice as big as the Sunset Bar areas on the previous Edge Class ships and feature more conversation niches and covered enclaves.

The plant-filled Rooftop Garden area found on Celebrity Apex and Celebrity Edge also has been redesigned with increased seating, new private nooks and two new floating pools cantilevered over the side of the ship.

Another area that will be bigger on Celebrity Beyond and feature some design changes is the three-deck-high Grand Plaza. The ship’s main pool area, known as the Resort Deck, also is getting some updates.

Celebrity Beyond also will be the first cruise ship with a restaurant created by Daniel Boulud, the famed New York chef. To be called Le Voyage, the 50-seat, upscale eatery will have a menu inspired by the idea of travel.

“As a young chef I always dreamed to travel, and Le Voyage means travelling all over the world and taking a food journey,” Boulud said. “The (dishes) will not be always targeting to a city or place but more to a cuisine, and to its expression through the tradition of that cuisine.”

Celebrity Beyond also will have 179 more cabins than its sister vessels, which each have 1,467 cabins. That’s about a 12% increase.

Several of the new or expanded areas of the ship including The Retreat, the Rooftop Garden and the Resort Deck feature designs created by noted British designer Kelly Hoppen. Noted architect Tom Wright (creator of Dubai’s Burj Al Arab Hotel) and French design firm Jouin Manku (creators of the Jules Verne restaurant in the Eiffel Tower) also had a hand in many of the spaces.

Celebrity CEO Lisa Lutoff-Perlo said Celebrity Beyond would debut in almost exactly a year, on April 27, 2022. Its maiden voyage will be a 10-night Western Europe sailing from Southampton in the U.K., she said.

After its first sailing, Celebrity Beyond will move to the Mediterranean for a series of voyages that include nine-night trips to ports in Italy and France, and 10-night trips to the Greek Islands. In October 2022, the vessel will reposition to Fort Lauderdale’s Port Everglades for winter sailings to the Caribbean.

Celebrity Beyond currently is under construction at the giant Chantiers de l’Atlantique shipyard in St. Nazaire, France. The shipyard also built Celebrity Apex and Celebrity Edge and is in the midst of building a Royal Caribbean ship that will be the biggest cruise vessel ever.