Celebrities dazzle at 2021 Met Gala fundraiser – The Hawkeye – The HawkEye 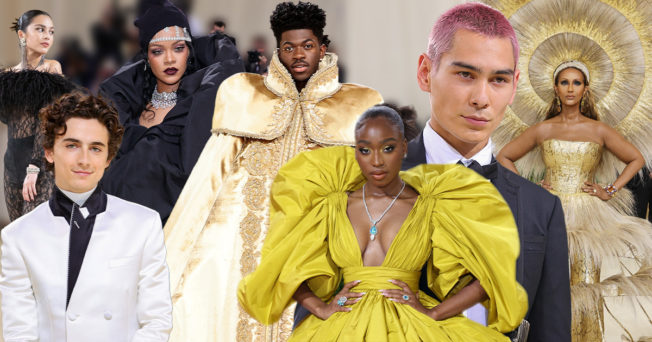 The Met Gala—It’s a night of glittering beauty and fashion at its finest. Designers dress celebrities in outlandish garb and they walk the red carpet while photographers capture the spectacle.

The gala is a fundraiser that is famously known to have a guest list of 600 elite people and is one of the most anticipated fashion events held every year. It is treated as highly as the Oscars.

That fundraiser is the Metropolitan Museum of Art’s Costume Institute Gala also known as the Met Gala.

The gala was established in 1948 by fashion publicist Eleanor Lambert to raise money for the opening of the Costume Institute in Manhattan, New York.

Since then, the people in attendance have been known to be highly recognized in the arts, fashion, film and music worlds.

Each year the Met Gala gives the attendees a theme to dress by and the guests are expected to choose their outfits to match the theme of the exhibit.

The most iconic attire worn at the Met Gala was in 2015.

The theme of the night was “China: Through the Looking Glass.” Rihanna wore a golden floral headdress and an imperial yellow, fur-trimmed cape dress that was embroidered with beautiful floral scrolls. The dress was hand-made by Chinese fashion designer Guo Pei.

This year’s theme was named “In America: A Lexicon of Fashion.” The outfits worn had to represent what modern vocabulary in American fashion meant to each attendee.

According to the Cut magazine, the exhibition aimed to “present a diverse range of perspectives on how fashion reflects the evolving notions of identity in the country.”

Musician Billie Eilish wore a light peach-colored dress made by Oscar de la Renta and Lil Nas X was layered in three outfits made by Versace.

They were chosen by Anna Wintour, Vogue’s editor-in-chief, to help host and make sure that the Met Gala ran accordingly while also strutting the red carpet in their themed attire.