Billionaire Roundup: Is It Spring Yet? – Celebrity Net Worth

How’s it hanging, party people? Have you had your fill of shoveling snow during the epic winter storm much of the U.S. has faced? Our favorite billionaires can’t be bothered with shoveling snow. Instead, they are making waves by not playing the national anthem before sporting events, looking to make even more money by debuting a red hot SPAC, defending themselves against charges they married for the money, and hiding out in a hotel due to death threats at home. In other words, it’s just another day in the life of our favorite billionaires.

Billionaire Mark Cuban found himself in some hot water recently after he stopped playing the national anthem before Dallas Mavericks games because he and the team believe The Star-Spangled Banner does not represent all communities. Unfortunately for Cuban and the Mavs, it is NBA league policy to play the song before all games. Cuban made it clear that he would comply with league policy. His point, after all, had already been made. Cuban made it through 13 games before it was noticed that he wasn’t playing the national anthem. He didn’t publicize his choice, and, of course, fans weren’t allowed to attend games due to Covid-19 restrictions. Additionally, NBA commissioner Adam Silver temporarily relaxed the rules about the national anthems during the country-wide Black Lives Matter protests after George Floyd was killed by Minneapolis police on May 25.

Billionaire Bernard Arnault has joined the group of investors and celebrities launching SPACs, a special-purpose acquisition company. SPACs are a sort of blank check companies, that exist solely to take public with an IPO to raise money. Along the way, SPACs aim to find and merge with a company to take it public. Arnault is forming his SPAC with the former head of Italian financial services company UniCredit. Arnault reportedly intends to focus on innovative European financial firms with his SPAC. More than 140 SPACs have gone public in the U.S. in the past year. Collectively the SPAC IPOs have raised more than $45 billion. Arnault’s SPAC will be called Pegasus Europe and will list on the stock market in Amsterdam. 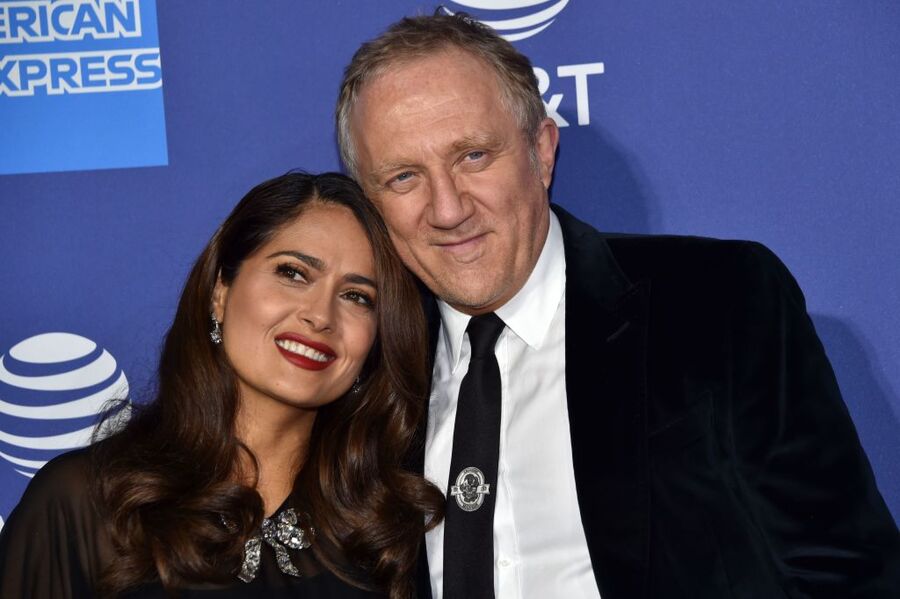 Salma Hayek and her billionaire husband recently celebrated their 12th wedding anniversary and she’s still getting flack from haters. Rumors persist that claim she married Francois Henri Pinault for his multi-billion dollar net worth. They married on February 14, 2009. They are parents to a 13-year-old daughter named Valentina. On Dax Shepherd’s podcast, he admitted that before he met Pinault, he also wondered if she married him for the money. But then he met Pinault and he saw the appeal in the billionaire Frenchman. Hayek agreed and also said that people who don’t know her husband often assume she is in it for the money. She said: “You know the thing is that in pictures you cannot begin to guess the magic in him. He’s made me become a much better person, and grow in such a good, healthy way. And you know when I married him, everybody said, ‘Oh, it’s an arranged marriage, she married him for the money. I’m like, ‘yeah, whatever, bitch.’ Think what you want: 15 years together, and we are strong in love.”

Trading app Robinhood was at the center of the GameStop Reddit brouhaha. Its CEO, Vlad Tenev, is currently living in a hotel because he’s been receiving death threats at his home ever since Robinhood restricted trading of shares of GameStop on January 28 following a 2000% rally driven by members of Reddit’s Wall Street Bets forum. Tenev was accused of manipulating free-market trading. He started receiving death threats, so he’s avoided going home. Protesters at Robinhood’s Menlo Park, California headquarters reportedly threw dog feces at the building. Tenev is set to testify before Congress about his firm’s decision to restrict trading. Robinhood initially said it blocked trades and purchases of GameStop stocks to help customers stay informed. Later, the company clarified that trading was restricted due to deposit requirements laid out by the SEC. High-profile lawmakers and business people were critical of Robinhood’s decision. Representative Alexandria Ocasio-Cortez called the decision “unacceptable.” Mark Cuban wondered if the app stopped trading “because they are losing their [email protected]# on these trades.”