Audiences Run Out Of Patience With Scandalous Celebrities – Vnexpress International 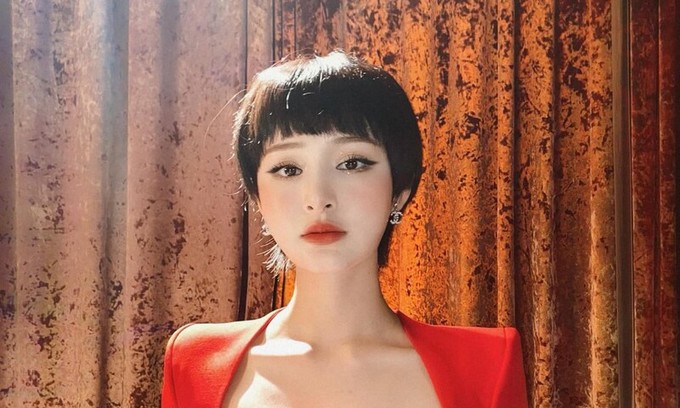 The recent boycott of singer Hien Ho, who had allegedly an affair with a married rich man showed that audiences are no longer taking it easy with scandals.

When HCMC University of Food Industry revealed that singer Hien Ho would be one of the performers at an event to welcome new students on November 19, many youths reacted to the news. Some even said they wouldn’t come to the event with Hien Ho’s performance.

“I was disappointed about the event,” Van Thy commented.

On Nov. 22, Pham Thai Son, director of the Admission and Media Department of the university said: “When this singer was revealed as one of the performers at the event, many students have reacted unfavorably. We had to reconsider the invitation to the singer, and decided to remove her from the singer list.”

The scandal of Hien Ho started when intimate photos of her with a married man surfaced online in March this year, which received backlash from social media. The businessman, who is in his 60s, told the media that he and the singer are just close friends.

But in one of the photos, they were hugging each other a bit too intimately and netizens found out that the background of the photo is actually in a 5-star hotel in Hanoi. Many accused Hien Ho of being the third person and ruining a marriage.

The 25-year-old singer stayed off showbiz for a while and waited for pressure from the public eye to cool down. She also issued a public apology in April.

However, when Hien Ho returned to singing a few months later, people still turned their backs on her.

“I don’t think it’s a good idea to invite Hien Ho to a university event after her scandal. She should not be a model for young people,” netizen Duc Chien commented.

In the past, Vietnamese artists have been involved in a lot of scandals regarding their private life, charity activities, and controversial statements, but most of them got away with it by staying silent for a while. After that, they return to the scene and resume their career normally like nothing happened. Scandal iss not a big problem to celebrities as their work can still attract audiences even after being criticized heavily.

Meanwhile, in Asian countries that have huge entertainment industries like South Korea and China, there’s almost no way back for scandalous celebrities due to strong public boycotts and heavy sanctions from the governing body.

Many netizens said: “We should boycott artists who do not have moral standards,”or “It’s time for Vietnamese audiences to get stricter with scandalous celebrities.”

There are also comments saying that everybody could make mistakes and Hien Ho should be sympathized.

“I agree that scandalous celebrities should be punished, but we should also give them a chance to redeem themselves and become a better role model for the youth,” netizen Thinh Nguyen said.