6 Local Celebrities Who Refuse To Take The Covid-19 Vaccine – Hype.MY

Conspiracy theories — you’d probably would have heard stories about the New World Order, the resurgence of a totalitarian government and vaccines being used to control the human race. Yes, this includes claims that the Covid-19 vaccine is used to track people and the virus itself is part of a diabolical plan for power-crazy people to conquer the world. Well, these absurd claims have indeed received much clout via Facebook pages and WhatsApp groups. Despite the government’s orders to prevent spreading of misinformation of vaccines by imposing hefty fines as punishment, it doesn’t do much good to prevent this from happening.

You’d be surprised to know that even in progressive countries like the United States of America, the anti-vaxxers movement are gaining widespread popularity. In our country, some celebrities have managed to spread their own theories regarding vaccines and sadly, they are not onboard the National Vaccination Program. In other words, they’re skeptical about the vaccines, citing various reasons such as religious values and the New World Order! From a former beauty queen to local actors, here’s a list of celebrities who don’t seem to agree with vaccines and are refusing to take it! 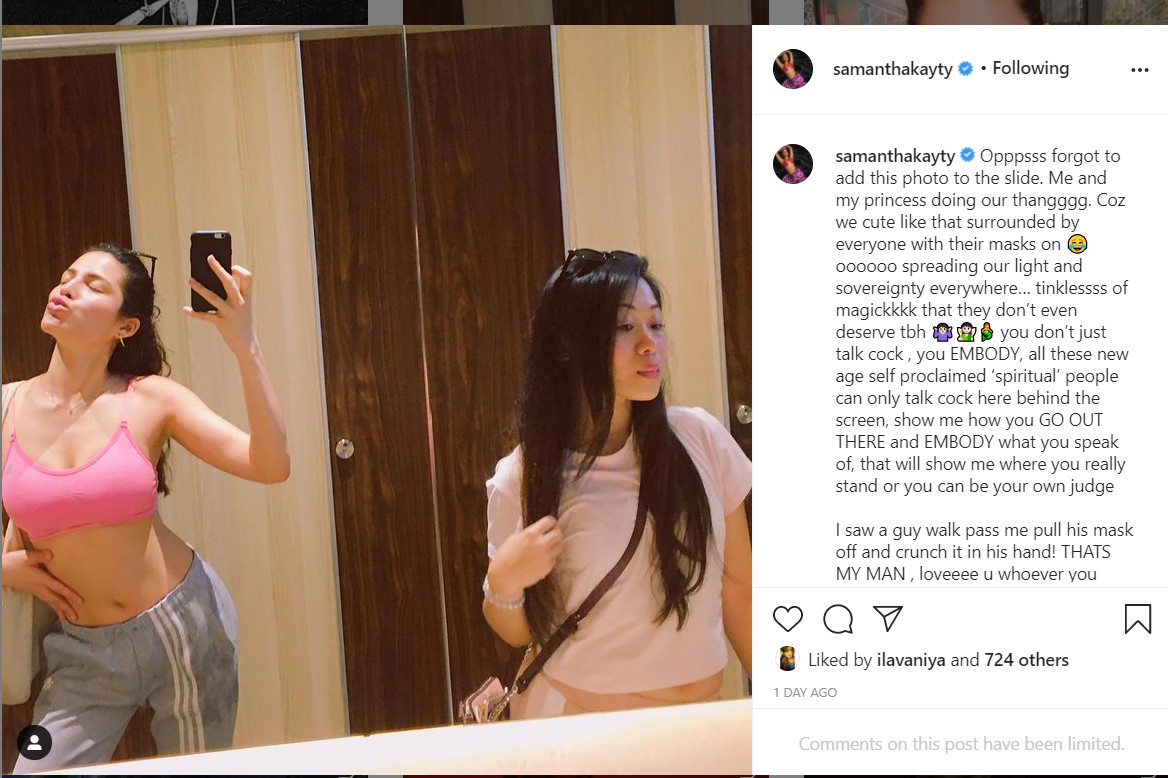 Her recent post, stated, “The world will soon be divided between the damaged vaccinated and the undamaged unvaccinated. Vaccine pushers are trying to divide the world into vaxxed vs unvaxxed by denying unvaccinated people access to society (via vaccine passports). But they’re in for a shock — and a twist. The real division that will unfold is between the damaged vaccinated vs the undamaged unvaccinated people. Those who keep taking spike protein injections will soon come to realize that their ‘vaccine passport’ is actually a ticket to unrelenting human suffering as their brains, bodies and hearts start breaking down. It won’t be long before millions of Americans are unable to function in society in any meaningful way. They will become the new disabled: damaged by spike protein injections and needing constant care. Meanwhile, the unvaccinated will inherit the Earth and be able to function at seemingly ‘super power’ levels in society, thanks to their normal, healthy functioning brains, hearts, reproductive organs and more.” Well, of course, when we read it, we seemed clueless just like our readers but oh well, hope her thoughts would not indoctrinate anyone else with false notions on vaccines.

Prominent local comedian and actor, Zulkifli Yahya or better known as Zul Yahya, made headlines over the past year for his personal thoughts. Apart from pulling his children out from formal education in favour of religious education, this renowned comedian decided to criticize Malaysian Muslims on their reasons for believing in unproven forms of medication.

Albeit the fact that he has never confessed out in the open that he’s an anti-vaxxer, various posts by Zul has indicated that he refuses to take the vaccine. He has recommended “fennel flower and honey” as natural remedies during the pandemic and frequently recirculated anti-vaccine statements to his whopping 237,000 followers. He has also claimed that the Covid-19 vaccine is deadlier than the disease itself because it was drawing long queues outside vaccination centres.

Well, according to our logic, even tuberculosis (TB) could be spread through long queues at shopping malls, but we ain’t complaining right? 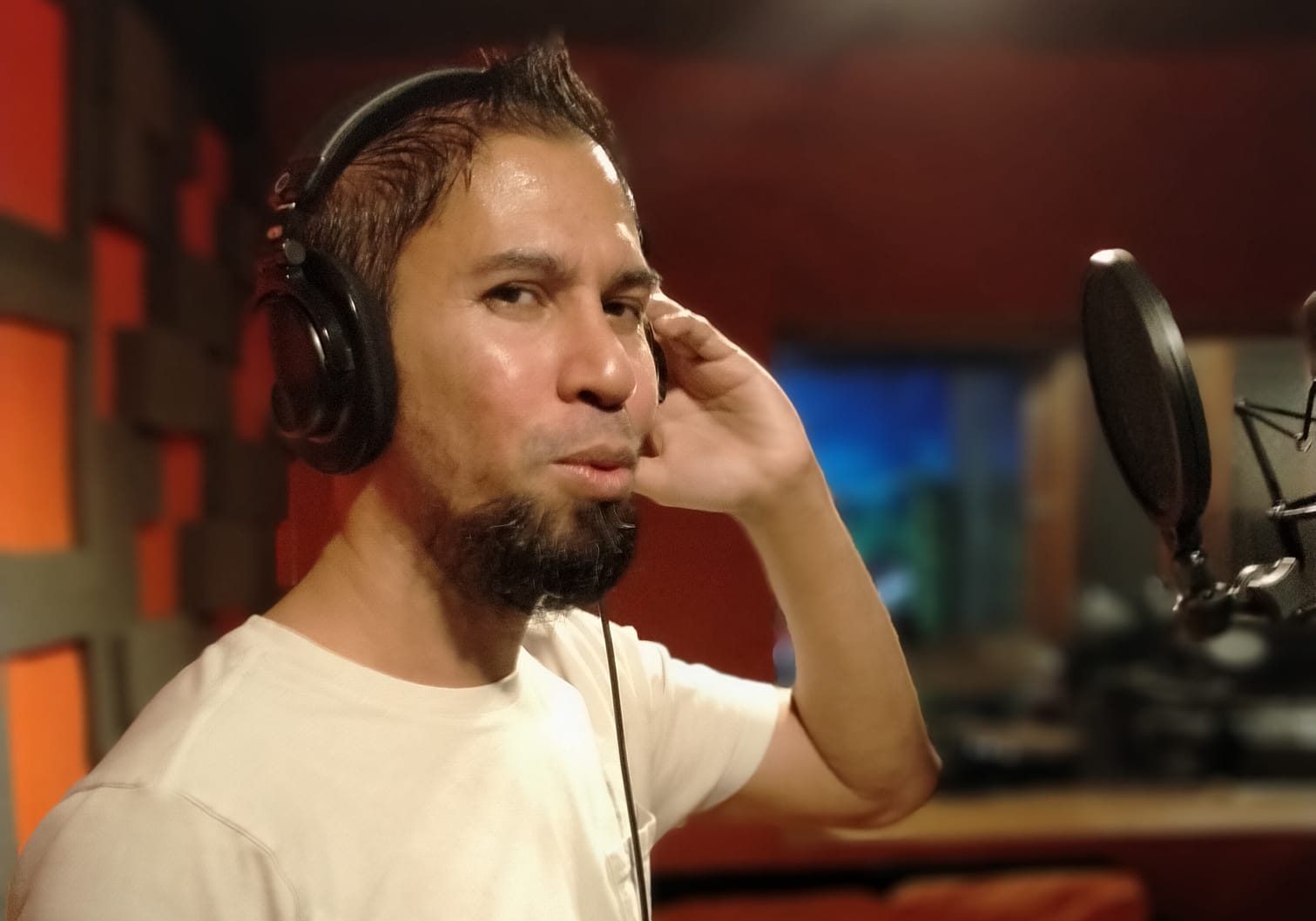 Remember the dilemma when 779 school teachers refused to take the vaccine? Well, religious musician, Suhaimi Saad has a lot to say about their decision. A prominent anti-vax figure even before the Covid-19 pandemic, Suhaimi referred people who received the Covid-19 vaccine as cattle! That’s very rude, obviously.

In his now-deleted Instagram account, Suhaimi reportedly said, “I respect the 779 teachers who refuse to be vaccinated… Teachers are not stupid, unlike cattle.”

He subsequently, praised the teachers who didn’t take the vaccine. As of now, the Malaysian government has decided that teachers who have not been fully vaccinated are barred from going to school. Perhaps, Suhaimi is an ardent fan of online classes too. We’ll never know,

Isn’t it quite obvious that a child’s thought process would be affected by his or her parents? Well, Ellie Suriaty Omar definitely proves this point. Apparently, she respects her children’s decision to not get vaccinated. Her kids, both aged 17 and 12 decided to lodge a complaint at the Taman Melawati police station because they didn’t want to receive the Covid-19 vaccine as they were worried about the side effects.

Isn’t that better than dying because of the virus itself? Well, this comes after the Malaysian government announced that those aged between 12 and 17 would begin their vaccination starting next week. Further supporting her children, Ellie said, “I respect my children’s rights to not receive the vaccine. We use homeopathy, fennel flower, and natural remedies to stay healthy. I hope my children’s decision to not get vaccinated will not affect them in the future. If the vaccine is so good, why do people who get it still get sick? The fact is, there is no difference between the amount of Covid-19 infections in vaccinated versus unvaccinated people.”

Ironically, her husband Azri Iskandar had quietly gone behind her back to get his vaccination.

This Malaysian model-actress claimed that she’s hesitant about getting the Covid-19 vaccine but declines being labeled as an anti-vaxxer due to her low confidence in the safety of existing Covid-19 vaccines. Several of them have been approved by the World Health Organization (WHO). What else does she want anyways? According to her thought process, she thinks that it would take up to 10 years for the vaccines to be safe and she would want to wait till the vaccines are safe. In an article by Kosmo, she said, “I am not an anti-vaxxer. I am pro-safe and more careful about my choices. I am waiting for the vaccine to be safe for all to use.”

She’s even publicly stated that she prefers live in the US compared to Malaysia. “To those who were offended after watching my videos, I advise you not to watch (them) because it will inevitably cause more drama,” she wrote, after receiving a lot of heat from netizens. 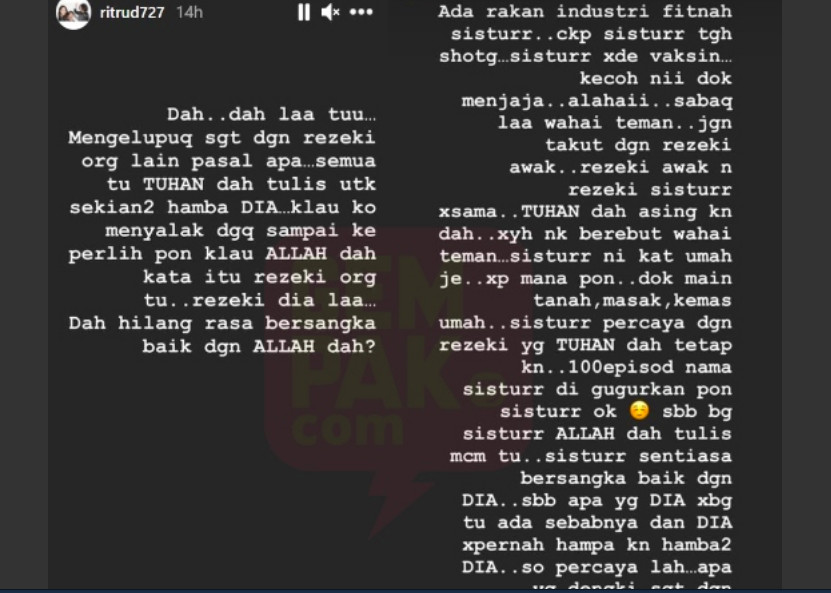 Another actress that has succumbed to a pit of anti-vax ideologies! Rita Rudaini gained flak from netizens after she uploaded a series of Instagram stories that defended people who refused to take the Covid-19 vaccine. Just like Lana Nodin, she does not seem to comprehend the reason as to why people who were against the vaccine were called anti-vaxxers. She also thinks that the elderly should not get the injection unless they wanted to  travel.

She said, “Why are those who refuse the vaccine labelled as ‘antivaxxers?’ Everyone has their own rights. Kids are forcing their poor elderly parents to get the vaccine… they can’t even walk …  What are the parents going to do after their jabs? Go to Paris or Milan?” Well, the elderlies might not go to Paris or Milan but at least they would be safe when they meet people like herself in public.

The 45-year-old also recently declared that she doesn’t mind being dropped from projects due to her stand of not taking the vaccine. “I believe in God’s blessing. I didn’t mind being written off from a 100-episode series because it wasn’t meant to be,” she wrote in her IG story.

Earlier this year, the Malaysian Artistes’ Association (Karyawan) is urging celebrities to not use their influence to spread anti-vaccine sentiments, describing such actions as a step backwards and unwise. According to its president, Datuk Freddie Fernandez, they should instead use their celebrity status to encourage more people to take up the Covid-19 vaccine in the bid to put an end the current pandemic.

Well, this is indeed true. Don’t these celebrities want to go out and about with their photoshoots and song recording sessions as usual?