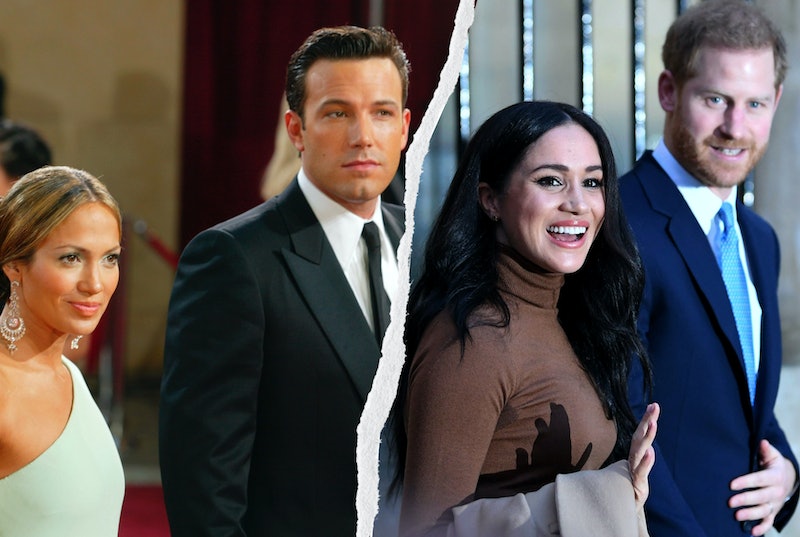 Celebrities: they’re just like you. And yes, that goes for paying tribute to their significant other with their clothing as well. Whether it’s borrowing from their partner’s closet (ahem, Olivia Wilde and Harry Styles) or getting a customized necklace in honor of their spouse (looking at you, Meghan Markle), fashion is just one medium celebrities use to declare their devotion to their favorite humans.

When it comes to borrowing, the old adage rings true: what’s mine is mine and well, what’s yours is also mine. The aforementioned Olivia Wilde brought that saying to life when she rocked a piece from Harry Styles’ cross necklace at the Gucci Love Parade 2021 fashion show in Hollywood.

It’s not just about the borrowing, however, as many celebrities pay tribute to their other halves with new items, too. Queen Elizabeth II uses her brooches to pay homage to her late husband Prince Philip, and following in her footsteps, Meghan Markle is known to customize her jewelry as a nod to her husband Prince Harry (and even to their children).

But no one’s sartorial tribute is as dramatic as MGK and Megan Fox’s. He chose to rock his girlfriend’s blood in a vile around his neck in a goth tribute that would make any vampire proud.

Be it a necklace, a brooch, a sweater, or a T-shirt, your favorite stars don’t hesitate to send secret love messages with their fashion. Ahead, find 6 couples who wore their hearts on their sleeves, from Meghan Markle to Meghan Fox.